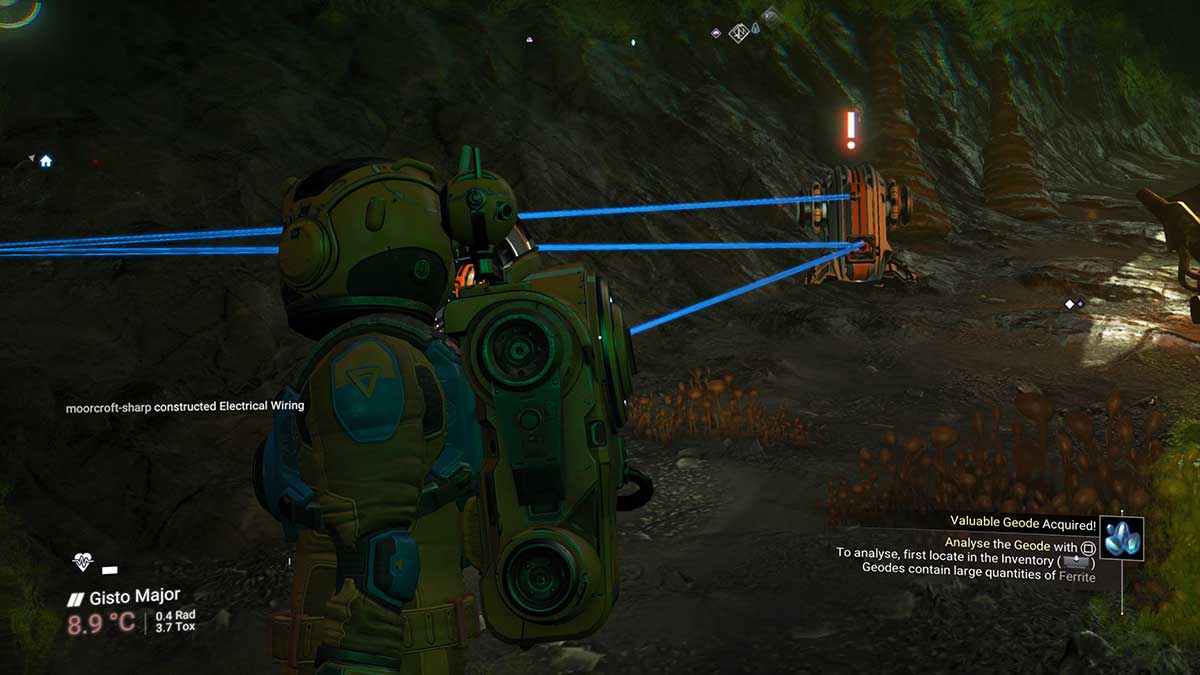 Power Surplus is the second Milestone you’ll need to complete in Phase two of No Man’s Sky Expedition Three: Cartographers. It requires you to power up your base pretty significantly and caused us quite a lot of bother in the process. This guide explains exactly what you need to do to complete this Milestone.

The game will provide a hint that you can power up your base using Solar Panels and batteries. However, Solar Panels require Gold to build, and there’s a shocking lack of Gold on this planet. If you complete the Fear the Sun Milestone, you can claim 333 Gold as a reward, but you won’t be building any Solar Panels without it.

We completed this Milestone with four Biofuel Reactors running on Condensed Carbon, about 300 of it in each. You can research the plans for these in the Technology menu of the Construction Terminal. This causes them to run for roughly fifteen minutes, which is plenty of time for you to head out and collect enough Carbon to then refine and use in the next Biofuel Reactor without the last one stopping. If you do this four times, you’ll generate enough power to complete the Milestone.

Since you’re generating so much power, try hooking up some Batteries so that you can use the power later on. In total, you need to have a capacity of 150, though working this out can be tricky. We know that four Biofuel Reactors works, but you may be able to complete the Milestone with a few Solar Panels or a mix of both. For completing this Milestone, you can claim the Quantum Computer plans and six Wiring Loom as a reward.