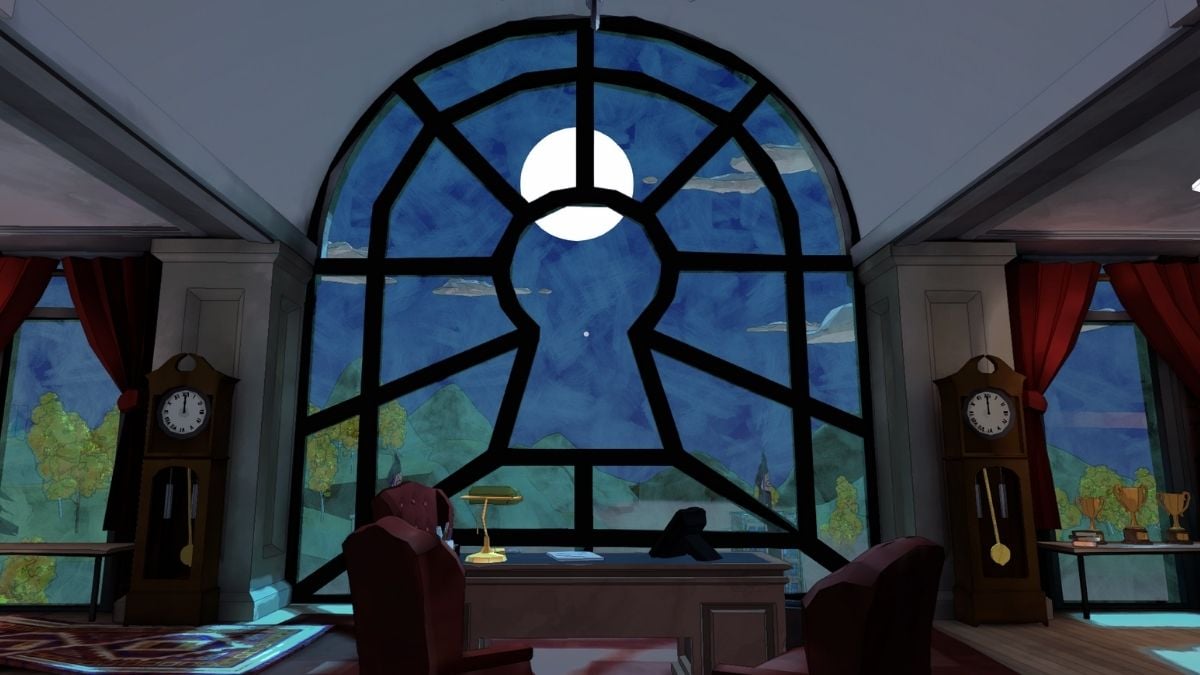 You’ve succeeded where others have failed and passed the test that got you to Escape Academy. There isn’t time to relax, however, because you still need to pass The Entrance Exam, and the Headmaster won’t go easy on you. The room will be filled with a memory-erasing gas if you fail, and you will be wheeled out of the academy, never to return. To complete this puzzle, you will need to learn the Headmaster’s real name.

We will be working in reverse because you need to obtain the Headmaster’s middle name in order to obtain her first and last names. To start things off, take a look around the room and find the three receipts. You can’t pick them up, but the information on the receipts is important. The receipts can be found in the following areas:

The receipts will be for the following items:

Input code 253 into the lock on the briefcase on the glass table. This will open the suitcase and allow you to obtain the photos inside. The photos will be needed next. Go over to the bookshelf and interact with the one that has the books with the different country names on them. The photos that you picked up are each dated. To open the secret door, interact with the books on the shelf in the order of the dates on the photos. It goes in the following order:

After interacting with the books in the correct order, the secret door will open, revealing the Headmaster’s study. Before going into the study, go to the other side of the room and pick up the Floppy Disk off the table near next to the grandfather clock. Go into the study and insert the Floppy Disk into the computer on the right side. This will bring up the secret message “Dead.”

Now that you have the secret message. Interact with the piano in the study and play the keys D-E-A-D. This will open a compartment. Grab the UV Bulb from the compartment. Place the UV Bulb in the empty socket above the award case in the corner. This will reveal that the Headmaster’s middle name is Jaqueline.

To get the Headmaster’s first name, you will need to return to the office and interact with the handbag next to the main door. After obtaining the key: