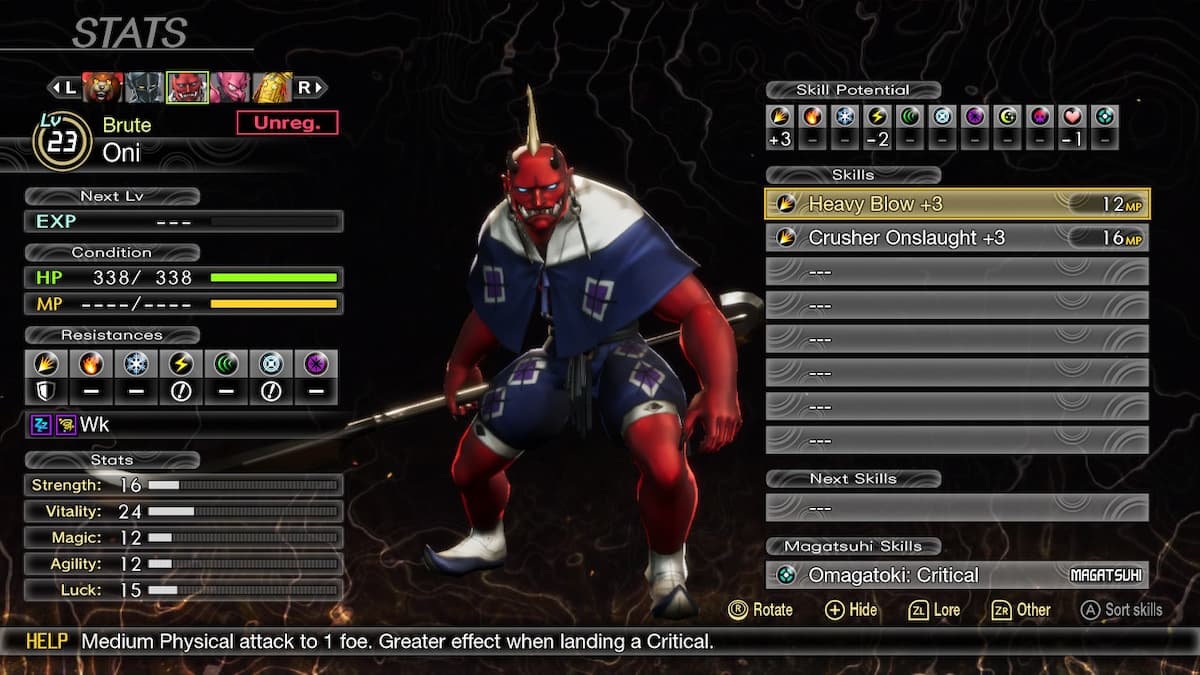 While exploring Da’at: Minato, you will notice an Oni sitting in a cave in the western part of the map, all by himself. He has a quest for you, where he wants you to find demons he can “help.” Accept his quest and head outside to talk to the newly spawned demons, who mention a certain Oni being more or less of a jerk. After speaking with all four, head back to the Oni to report your progress, but before you do, make sure you hit up a Leyline and heal/save.

When you return, the Oni will dash out of the cave and begin to attack the very demons he said he wanted to “help.” Intervene and prepare for a pretty gnarly boss — Oni hits very hard and soaks up a lot of damage as well.

Oni has a very high amount of hitpoints, as well as several heavy-hitting attacks, such Heavy Blow and Crusher Onslaught. When Oni absorbs Magatsuhi, you know he is about to use Crusher Onslaught, and so you need have your entire team Guard — otherwise, he will probably one-shot one or two of your demons. Make sure to keep Sukunda and Tarunda up on him at all times to reduce his Press Turns and damage output. Oni is also weak to Elec and Light spells, so zap him with Zio to gain more Press Turns. Another option would be to use any Physical Dampeners you may have in your bag — this will take a lot of the wind out of his sails.