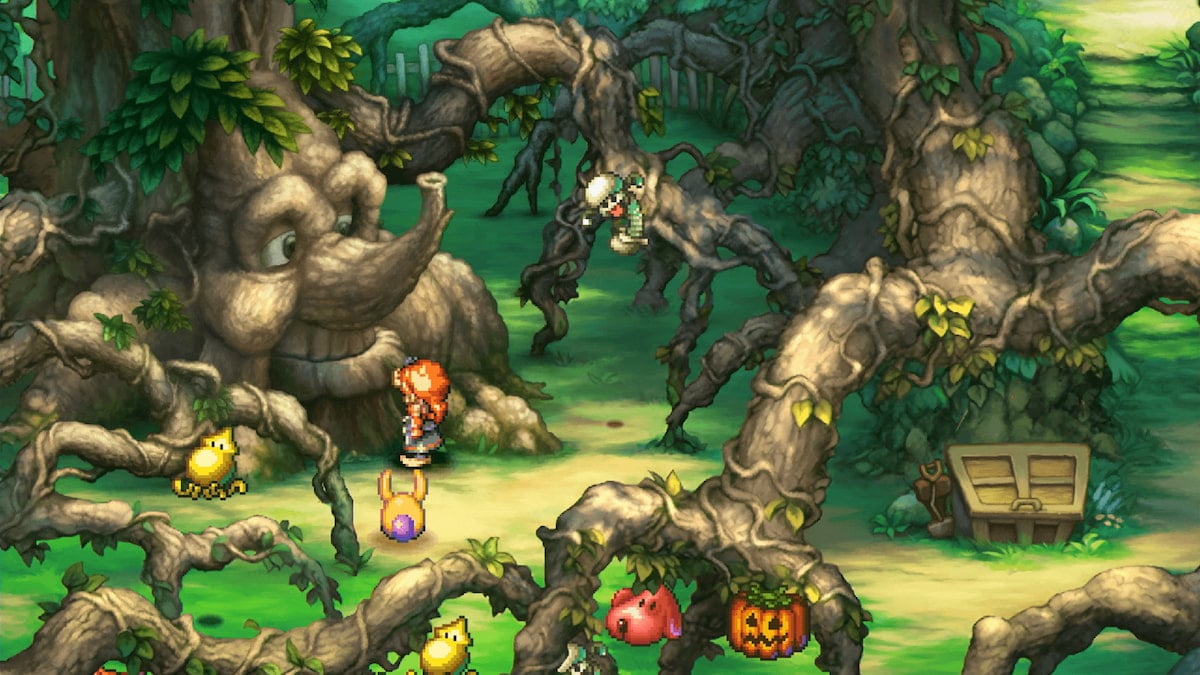 Upon entering Domina in Legend of Mana, you’ll meet a variety of characters you can interact with and start your adventure. A large rabbit named Niccolo, a traveling merchant, wishes to hire you to assist them in taking care of the bandits that have taken over a nearby highway.

Upon meeting Niccolo in the Marketplace after he leaves the tavern, he’ll give you the quest. However, before leaving town, Niccolo wants to meet an old friend before leaving. You can meet them by heading over to the item shop located in Central Domina, where you came from.

Proceed to the first part of town, and the shop to the left is the item shop. You can find Niccolo’s friend in the back of that shop. Interact with the one individual in the back, so Niccolo and he can have a conversation. By the end of the conversation, Niccolo will give you the Wheel artifact. You’re going to need that to go after the bandits.

Once the conversation wraps up, you can go after the bandits. You can do this by leaving the area and returning to the world map. From there, place the Wheel artifact down next to your home, and you’ll have created the Luon Highway. Enter the Highway to go after the bandits.

When you reach Luon Highway, you’ll encounter an NPC at the start that you can speak with to learn how combat works. From there, you need to follow the pathway until you reach a fork in the road, and then go to the upper right section from there and continue following the path. If you go down to the lower right section, you’ll eventually start back at the beginning of the area.

After reaching the end of the path, you’ll encounter a pair of bandits at the end of the road requesting your money. You can choose to give them your money or some candy. By giving them your candy, they summon their boss to battle against you, a large, bug-like creature with massive pincers. The boss battle is not too difficult, with no special attacks that you need to avoid.

Once you defeat the boss, Niccolo will give you a Greenball Bun, a Tako Bug, and an Iron Pot. After that, he gives you two artifacts, a Flame, and a Medallion. He then parts ways with you, returning you to the World map.