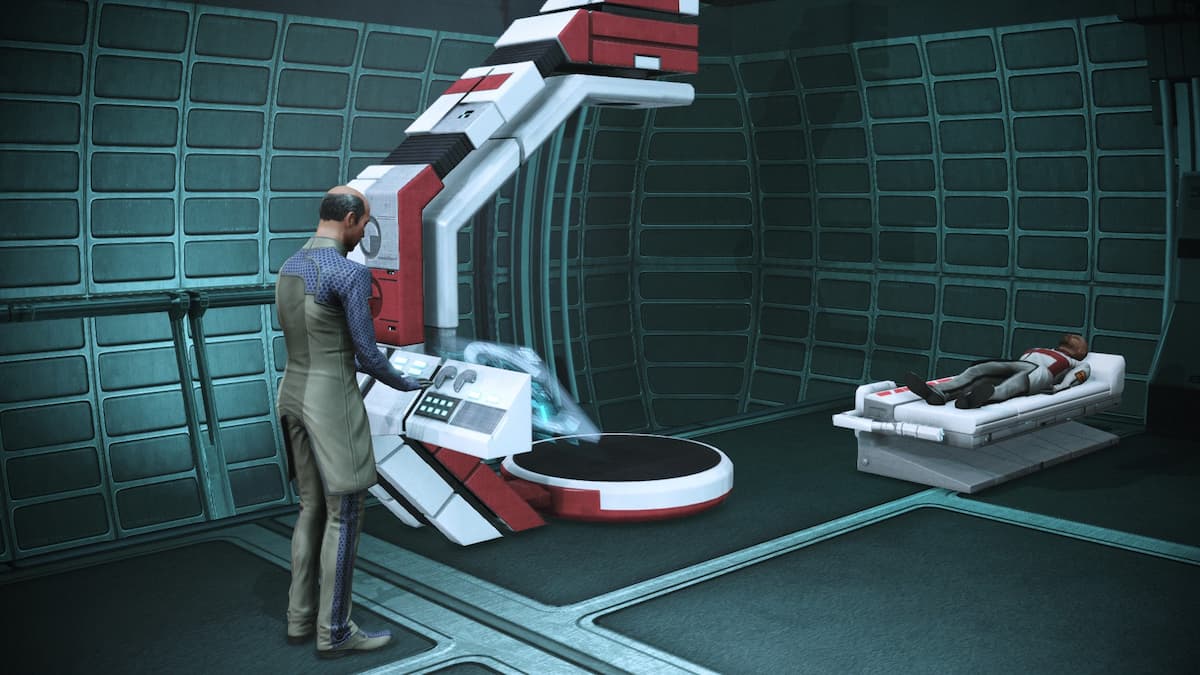 When you arrive to Rift Station, the facility connected to Peak 15 in Mass Effect Legendary Edition, the survivors there are defending against the heavy Rachni threat that’s attacking them every few hours. They don’t have too many supplies left, and a few scientists were infected by an experiment they were working on. Unfortunately, the way to cure it is back in that lab, but there’s no way to get into that section. Not without permission.

You receive this quest by speaking with Dr. Cohen. You can find him in the medical bay at Rift Station, one of the rooms connected to the main area.

After speaking with Dr. Cohen about the scientists, you need to return to the entrance of the station and speak with Captain Ventralis. He’s the one heading up the defenses. Talk to him, and you can convince him to let you into the quarantined lab. It shouldn’t be difficult to ask, and receive a key for the room.

When you’re ready to go after the cure, you can head over to the Quarantine and Barracks path, which is right next to the medical bay.

When you reach the second floor, a guard will be in front of the door. Let him know the Captain sent you. Even if you share that you’re a Spectre or a part of Alliance Military, he won’t care. He’ll only let you through with the Captain’s orders.

Inside the room, you want to go into the far back and interact with the second console on the table, on the right side. There, you’ll have to perform a small mini-game to complete the chemical process of creating a cure. Basically, a bar will fill up, and you’ll need to click your right mouse or controller at the right moment, so the bar stops right inside the grey lines. If you don’t, you’ll fail and have to start over. You need to do this four times.

Immediately after you finish creating the cure, an Asari from where the survivors were bursts in with a trio of Geth; she was a part of Benezai’s entourage and was sent to eliminate you. You’ll have to take her and the Geth out in close quarters. We highly recommend pausing, using as many abilities as you can, and then hoping for the best. There’s not a lot of cover here.