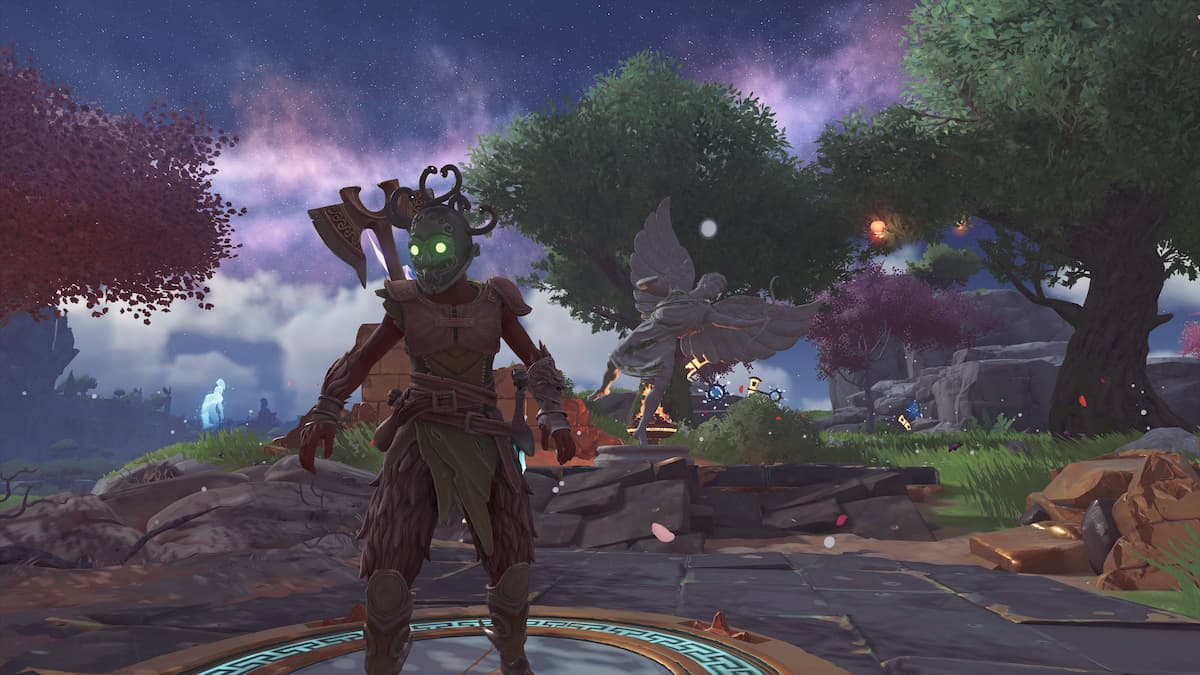 Immortals Fenyx Rising is brimming with things to do, including the Odysseus Myth Challenges. When you find your first one, you may be a bit confused, so in this article, we will run through the basic things you should know.

Odysseus was a fabled Greek archer, hero, and king. In the game, his challenges revolve around skill with the bow. You will need to have the Apollo’s Arrow ability unlocked, which is one of the earliest abilities you will get access to during the game. This ability allows you to fire an arrow that you can then control, hitting targets with pinpoint accuracy.

These Myth Challenges will be marked on the map by a golden arrow icon after you locate them using your far sight ability.

In each challenge area, there will be an unlit brazier of coal, a statue of Odysseus, and a pressure plate. Forming a circuit all around the area will be axes stuck trees, rocks, and other objects with a circular ring at the end of the handle. You will need to get the arrow to fly through all of them, harking back to the legend of Odysseus firing an arrow through twelve ax handles.

When you stand on the pressure plate, the first ax will light up and glow, and you will need to shoot your arrow through it, then track round to all the others. It’s quite easy to spot them before you start, as the axes will glow red, so it’s a good idea to finger out the route you need to take first.

Now exactly how difficult this all is will depend on the level of difficulty you are playing at. On higher difficulties you will need to get a perfect circuit to finish the challenge, on lower difficulties the axes you have already gotten will stay lit for you even if you can’t finish the route.

When you get it through the final ax, send the arrow into the coal and light it, finishing the challenge. Your reward will be Coins of Charon, hugely important in the game as they allow you to upgrade your skills and Godly Powers.