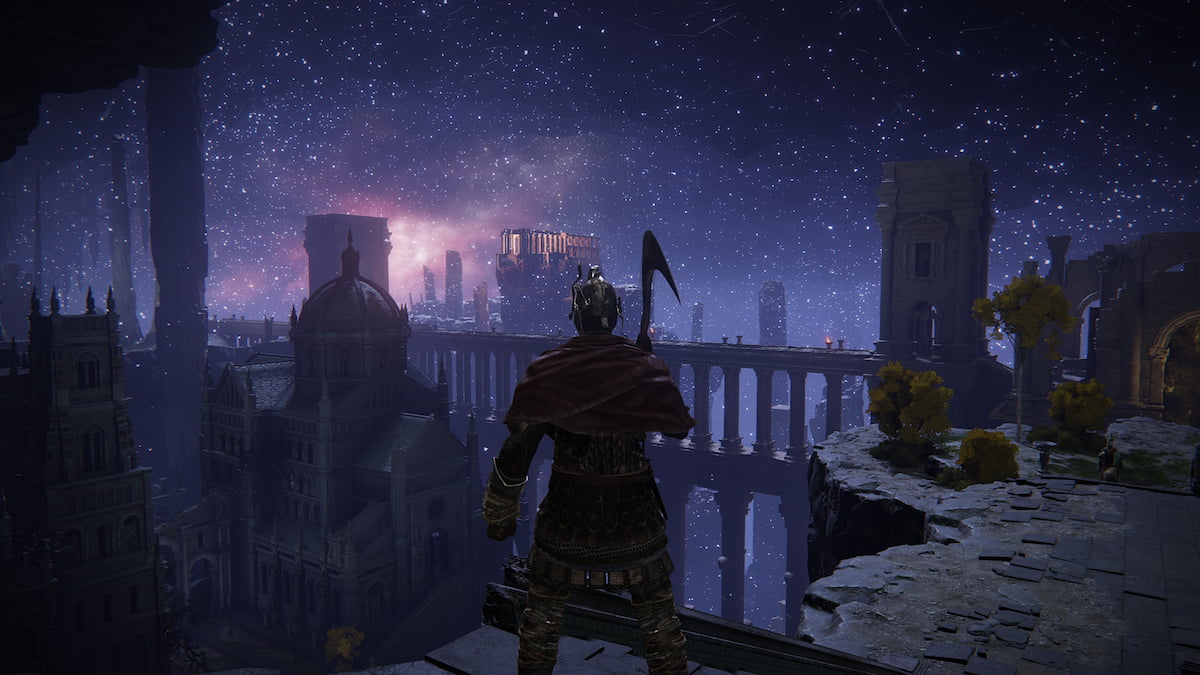 To start the quest, you will need to go up to Ranni’s Rise in the Three Sisters area after making your way through the Carla Manor in Liurnia.

How to complete Ranni’s quest

Upon accepting Ranni’s quest, you’ll want to speak with Seluvis and Blaidd. Seluvis you can find in his tower, to the south of the Three Sisters, not too far away. When speaking with him, you’ll discover he wants you to give a potion to Nepheli, another companion you can meet in Roundtable Hold. After receiving the potion, go to Blaidd, who will be waiting for you in Siofra River Well, which you can find on the east side of the Mistwoods in Limgrave. Once inside the well, proceed into the air, head down the elevator on the far side of the room, and move to Siofra River Bank. You’ll find Blaidd not too far away.

After speaking with Blaidd, he suggests talking with Seluvis to learn more. This is where you’ll need to complete Seluvis’ quest. To do this, return to Roundtable Hold and find Nepheli on the left side and attempt to give her the potion. She’ll refuse, and then later, you can find her at Village of the Albinaurics, and you can defeat the Omenkiller alongside her. After beating it, she’ll return to Roundtable Hold.

At Roundtable Hold, speak with Gideon Ofnir, and tell him about the potion. He’ll say give it to Nepheli or let him pour it down the drain. Regardless of your decision, you’ll be able to report back to Seluvis, and you will receive the Letter of Recommendation to give to Sellen. You can find her at the Waypoint Ruins and present it to her underneath it. She’ll inform you that you’ll need to defeat Starscouraged Radahn at Redmane Castle to find Nokron.

After beating Radahn, your next stop is to where the star fell. You’ll be able to find it on the southwest side of Mistwoods in Limgrave. Delve into the pit, and you’ll discover Nokron, Eternal City. Your goal will be to make your way through the entire city and reach the end, where you’ll find the Fingerslayer Blade. Return to Ranni at Ranni’s Rise and present it to her with it.

With the blade presented to Ranni, you’ll need to rest at a site of grace and then proceed north to Renna’s Rise. There, at the top, you’ll find a Waygate that will take you to Ainsel River Main. In addition, there will be a coffin with a doll of Ranni inside. Take it to the site of grace on the Aisnel River and speak with it. It will then assign you to find a Baleful Shadow, which you can locate by following the Ainsel River Main into Nokstella, Eternal City.

Proceed down the elevator in Nokstella, and make your way towards the Lake of Rot. Before reaching the lake, you’ll encounter the Baleful Shadow, which looks similar to Blaidd. Defeat it, and the doll will comment about your heroics and give you the Discarded Palace Key.

With the Discarded Palace Key, you need to go to the Raya Lucaria Grand Library, at the top of the Academy of Raya Lucaria. You’ll need to battle against Rennala, Queen of the Full Moon. You’ll find a chest with the Dark Moon Ring inside it in the Grand Library. Now, return to the Lake of Rot, and make your way to the Grand Cloister, to the south of it.

At the waterfall of the Grand Cloister, you’ll find a coffin you can interact with. A cutscene will play, and you’ll head to a location. There, you’ll have to fight against Astel, Naturalborn of the Void, and defeat it. Once you’ve beaten it, you can proceed to the elevator in that room and make it to the Deep Ainsel Well. Continue to the northeast, and you’ll find the Cathedral of Manus Celes, protected by the Glintstone Dragon Adula. You do not have to fight the dragon to make it inside the building.

After you’ve inside the building, rest at the site of grace, and to the right of it will be a large hole. Head inside the hole, and you’ll find Ranni at the bottom. Interact with her to give her the ring, and you’ll then complete her quest, also receiving the Dark Moon Greatsword in the process.