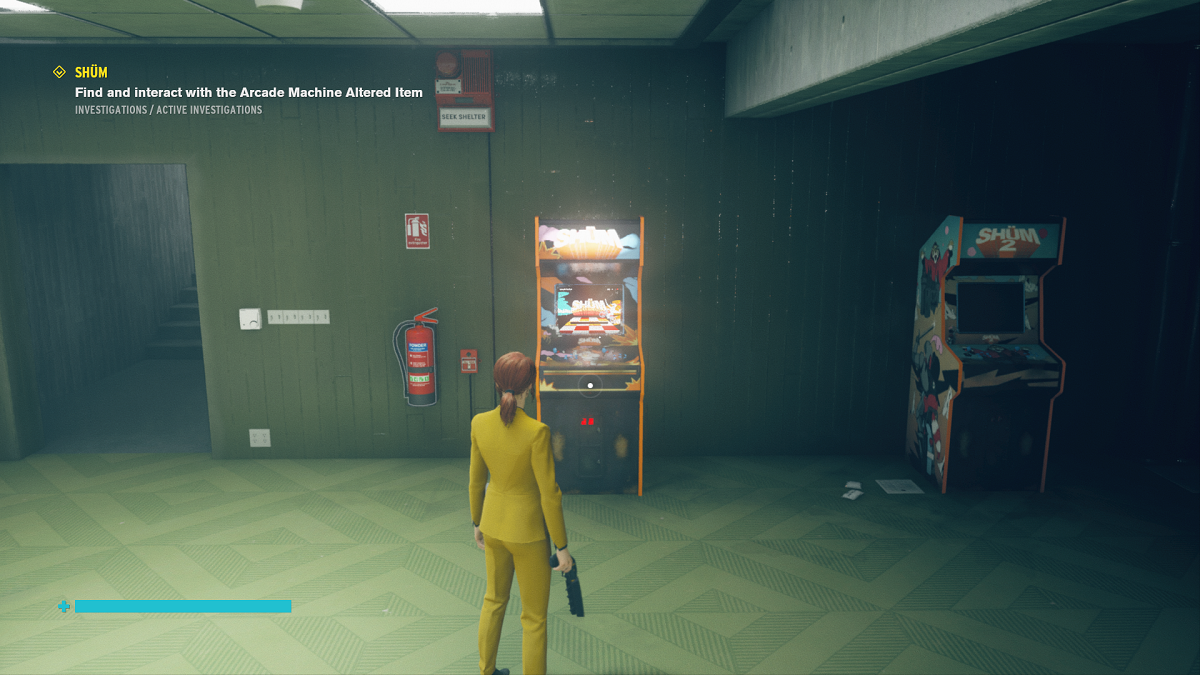 Control’s Altered Item missions are usually tricky affairs. They can involve tracking down the Altered Item or completing steps to gain access to it, and some can involve a mini-battle at the end to cleanse them.

Unlike most of its counterparts, the Shum Altered Item mission isn’t a chase quest. This Altered Item is an arcade machine that you can come across in the Active Investigations part of the Investigations Sector. It can be found in an office alongside a second arcade machine, Shum 2, and their unusual powers are activated when they are in close proximity to each other.

If you interact with the Shum arcade machine, you will be transported inside the games cabinet. From here, you can select one of two game types called Crowd Control and Deadline.

Crowd Control pits you against many Hiss enemy waves. These waves get more difficult as you progress but, if you have maximum health, a fully functional Service Weapon, and maxed out powers, it isn’t too taxing. There is a progress bar in the top left of the screen that tells you how far along you are.

Deadline, meanwhile, is a timed game mode where you must kill or seize Hiss enemies to add more seconds to the timer that is counting down. If time runs out, it is game over. This is a test of speed and skill, so you will have to keep on the move to dispatch enemies that spawn across the map.

To complete the Shum mission, you only have to beat one of these two game modes. Once you do, you will unlock the Workplace Recreation achievement or trophy, be given a couple of item rewards, and get access to Shum 2. This game cabinet enables you to replay any of Control’s main campaign boss battles or its beloved Ashtray Maze mission.