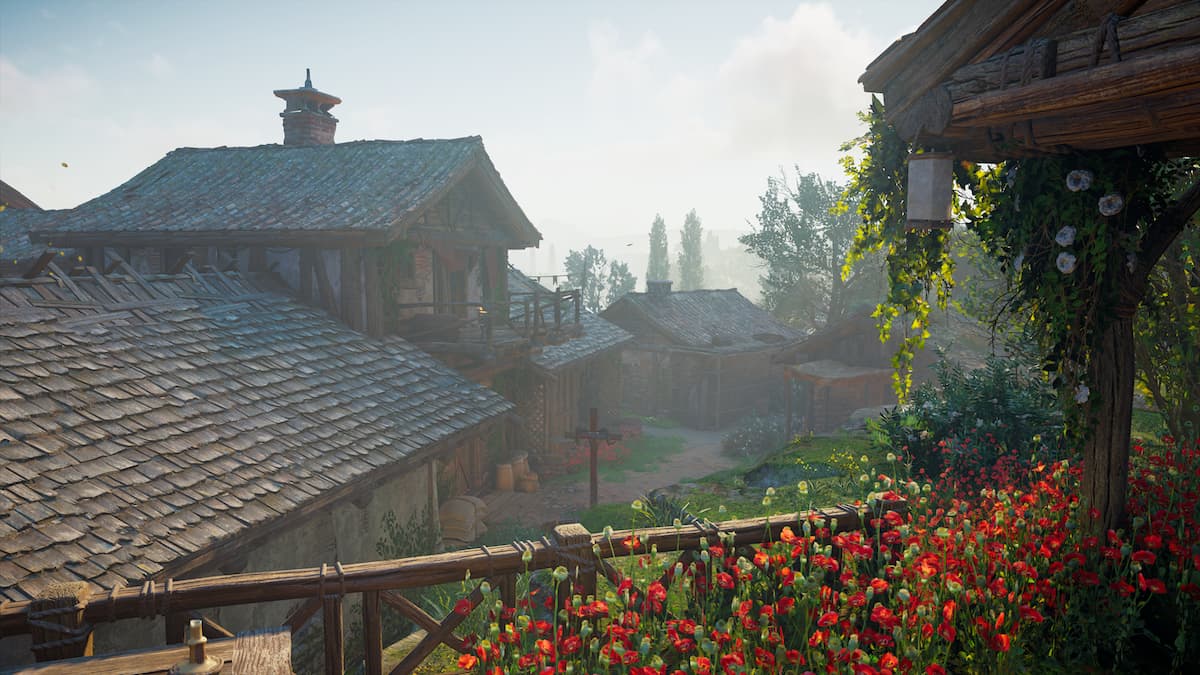 You’ll then receive the Sister of Sorrow quest after completing The Missing Queen quest in Assassin’s Creed Valhalla’s The Siege of Paris expansion. It’ll have you heading over to Aquila, where you’re going to be learning about what happened to Charles the Fat’s Queen and what it has to do with the Little Mother. This guide explains how to complete the Sister of Sorrow quest. You will need The Siege of Paris expansion to do this content.

When you receive the quest, you have the choice to head directly to Aquila to continue the quest, or you can visit the local tavern in Evreux to speak with the locals about the Little Mother. When you proceed inside, speak with the tavernkeeper, who will introduce you to some guards who know about Little Mother. Sit next to them at a table, and they’ll provide you some additional details about the character.

There are no critical details, but it confirms a vital individual has been captured by Little Mother. If you speak to a guard outside the tavern, you’ll learn that Little Mother has a house in Evreux.

Little Mother’s house in south Evreux will be about 150 meters away from the tavern. When you arrive, you’ll be able to investigate the area to learn more about her. The door to her home will be locked, but you can proceed inside if you go around back and fire an arrow through the window.

Inside, it confirms that Little Mother has the Queen and plans to put her through the deliverance ritual. It also tells that there is a crypt underneath Aquila, which Little Mother uses to hold the Queen.

With all of the information gathered about Little Mother before making your way to Aquila, you can proceed to the location and try to save the Queen. However, you can also use the opportunity to assassinate Little Mother.

When you arrive, the guards will be on alert for you, so you don’t want to be caught in their sight whatsoever. If they do, they’ll be hostile, and it’ll be harder to proceed into the crypt. So the first thing you want to do is make your way to the center of Aquila and find the child singing next to the dead deer. After their song is done, you can learn the Little Mother plans to perform the deliverance ritual on the Queen, which likely means her death.

Next, proceed closer to the front of the crypt, and you can overhear a guard lost their key to the underground. There will be three guards looking for the key, and if you can assassinate them without being seen, you can get the missing key next to the grave at the center.

Behind you, where the guards were searching for the key, is the entrance to the crypt. Enter there using the key, and assassinate the various guards facing away from you along the way. So long as you don’t alert them to your presence, you should eliminate them without any issues. Eventually, you’ll make your way to where one of the nuns is standing, unsure about proceeding with the Deliverance ritual with a Queen, but Eivor has offered to stand in their place. Once you agree, take the dagger from the table, and dip it in the bloody tub in the next room.

After dipping the blade in blood, turn around, and there will be a small crack in a wall. Slide through it, and on the table will be a key that you can use to access the Deliverance ritual room with Little Mother. There’s a chance that those in the room will kill the Queen if Eivor attacks openly, so they need to proceed without being seen.

Inside the ritual chamber, Little Mother’s elite guards will be surrounding her, and another guard closer to the back of the room. Slowly walk around the right side of the room to get close to Little Mother and interact with her. The guards might take slight notice to Eivor, but if you interact quickly enough, they shouldn’t interrupt it.

The ritual will take place, and when Eivor has the chance to offer the knife to Little Mother, they will use it on her to prevent Deliverance from taking place. With Little Mother out of the way, you and the Queen can leave the area. In the next room, there will be a rat swarm you need to remove. A breakable wall in the back of the room reveals a sewer grate, which you can carol the rat swarm through. When they’re there, take the moveable pillar and place it over the grate, so they do not return.

There is a breakable rock wall preventing you from proceeding to the surface of Aquila.There are explosive jars in the rat swarm rooms. You can hurl at the wall to remove it, and then you’ll be able to finish the Sister of Sorrow quest.