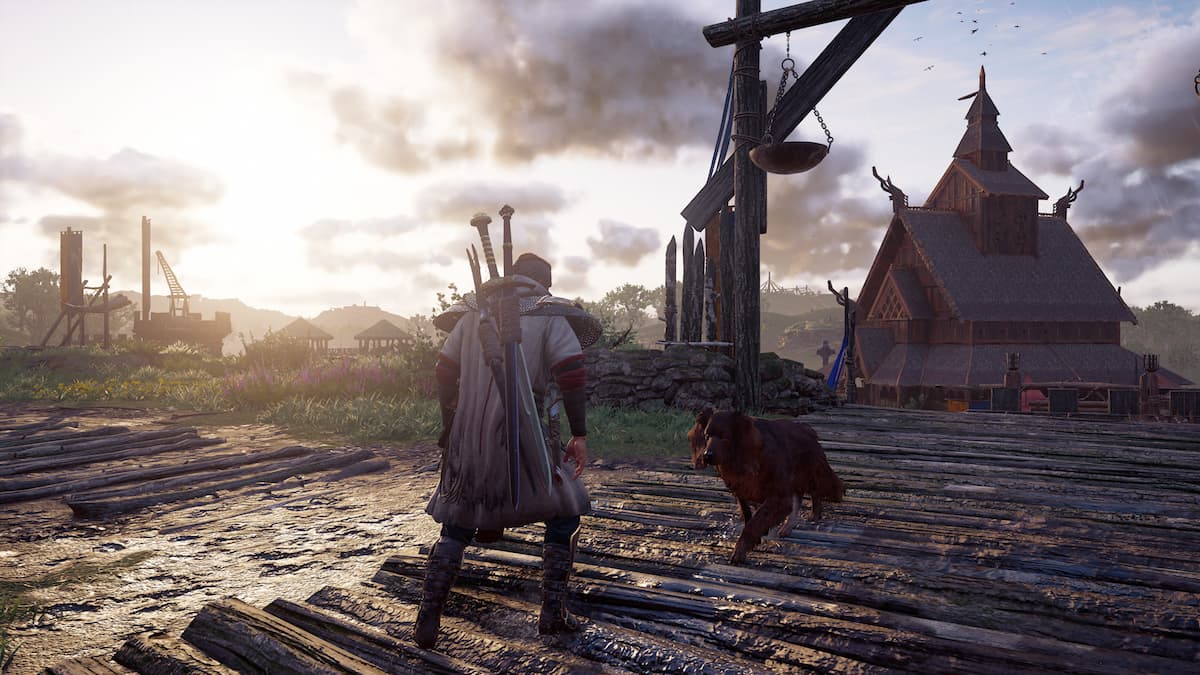 After heading back to Dublin, once you located and escorted Bárid during the Blood Bond quest in Assassin’s Creed Valhalla, you need to speak with Sichfirith, Bárid’s son, about Thorstein. You need to locate Thorstein and put an end to them, as they’re a threat to Bárid’s leadership in Dublin. When you speak with Sircfirth, you’ll learn that he tried to join up with Thorstein and could not do so. But a powerful friend of Thorstein, Ama, frequently drinks at the docks, and she is your ticket into his hideout. This quest is in the Assassin’s Creed Valhalla Wrath of the Druids DLC.

Where to find Ama at the docks

Ama is typically over by the Dublin docks, nearby the bar where you met Sircfirth. You can find her directly north from that location, right next to the fast travel point for your ship in the city. When you find her, she’ll challenge you to a drinking contest.

The outcome of the drinking contest is unimportant. Regardless if you win or lose, Eivor will be drunk, and your next task is to steal a key to Thorstein’s hideout from Ama.

How to steal Ama’s key

Following the drinking contest, you’ll have to follow Ama and her bodyguards to steal the key she’s holding. You’re better off keeping your distance away from Ama and follow her through the town, keeping the routes to the side, and using the buildings to keep out of sight. If you get too close, Ama’s bodyguards will attack you.

Eventually, Ama will make her way to a small dock, and she’ll be standing alone. Her bodyguards are far enough away that you can steal the key from her without being noticed. Once you have the key, you need to find Thorstein’s hideout somewhere in Dubgaill Landing.

Thorstein does not conceal his hideout too well. It’s the heavily guarded location in Dubgail Landing with all of his guards. You’ll have to fight through them, or you can try sneaking through their camp to make it to the small house on the southeast side of the area. There will be a door inside the house to use Ama’s key and enter an underground location that goes underneath Dublin.

Thorstein and his guards will be inside the hideout. Eliminate them, and defeat Thorstein. Once you beat him, you have to tie him up and take him back to Bárid’s castle in Dublin. If you did not clear out the camp before making it down to Thorstein, you should expect plenty of battles before making it to the castle.