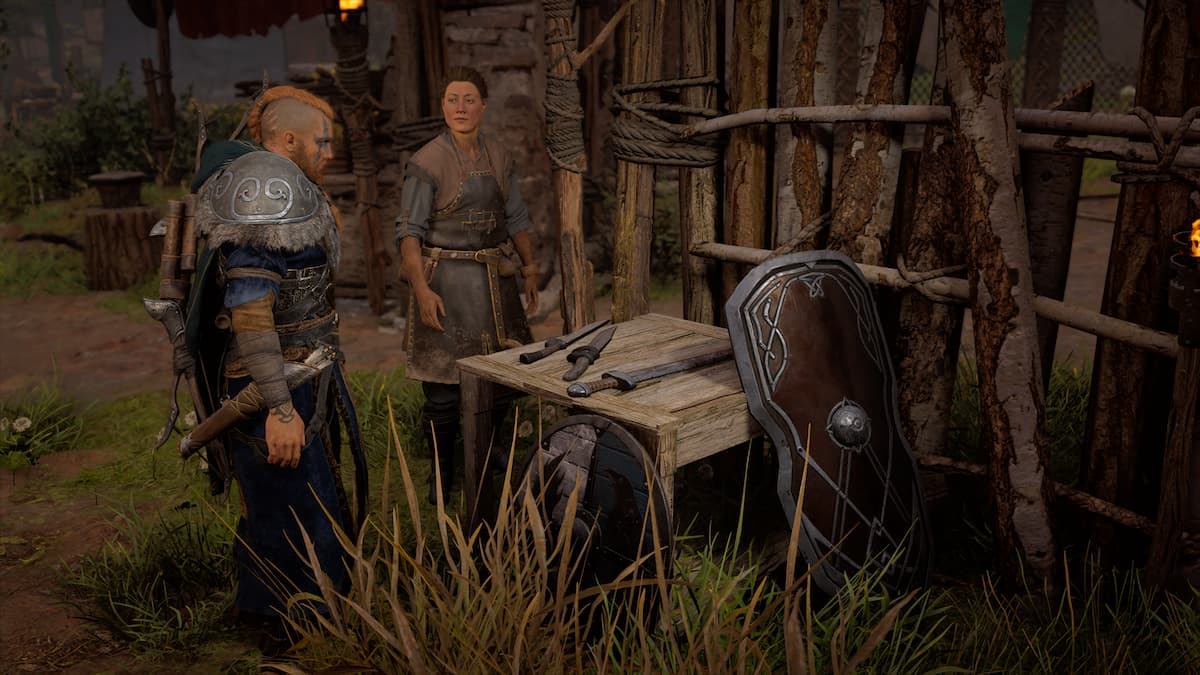 The Test Your Metal activity in Assassin’s Creed Valhalla’s Sigrblot festival pits you and one of your Jomsviking against a pair of opponents. Completing this activity will reward you with festival tokens that you can use to purchase one of the many rewards available in the game. Sigrblot will be available from July 29 to August 19, giving you three weeks to earn as many tokens as you can for all of the rewards. This guide breakdown how to complete the Test Your Metal activity.

You’ll need to speak with Swinda, who will be standing at the entrance of the battle arena. She’ll explain the rules to you and give you a choice of three weapons to pick from. You can pick dual daggers, a short sword, or dual shields. All three of the fights will be different depending on the weapons you choose.

These will be the easier fights due to it being an even brawl. You can use your Jomsviking to your advantage.

In the second battle, if you picked dual daggers, you’ll be fighting against a club-wielding enemy, a Goliath, and a large Gedriht, who is holding a flail. If you selected a short sword, you’ll be facing off against three fighters. One will have dual hammers, another elite enemy will have a two-handed sword, and the last combatant will be a skirmisher. Finally, you’ll be fighting against three combatants who have dual shields for those who picked the dual shields.

It’s a little bit easier for the opponents to gang up against you because there’s one more of them, but you can always rely on your Jomsviking to give you a little bit of breathing room.

During the final battle, if you picked dual daggers you’re going to fight against two kinsmen. One will be holding a spear, and the other will have a sword and shield. IF you picked the short sword, you’ll be fighting two Men-at-arms, who are both holding dual daggers. If you selected the dual shields, the final battle consists of fighting against two fighters who also have dual shields.

The final battle will be the toughest, and you can expect to use your rations to heal yourself. We recommend aiming for the weaker opponent and then going after the elite version, making it a better one-versus-one battle.

You’ll earn 90 festival coins after successfully finishing each of the weapon types.