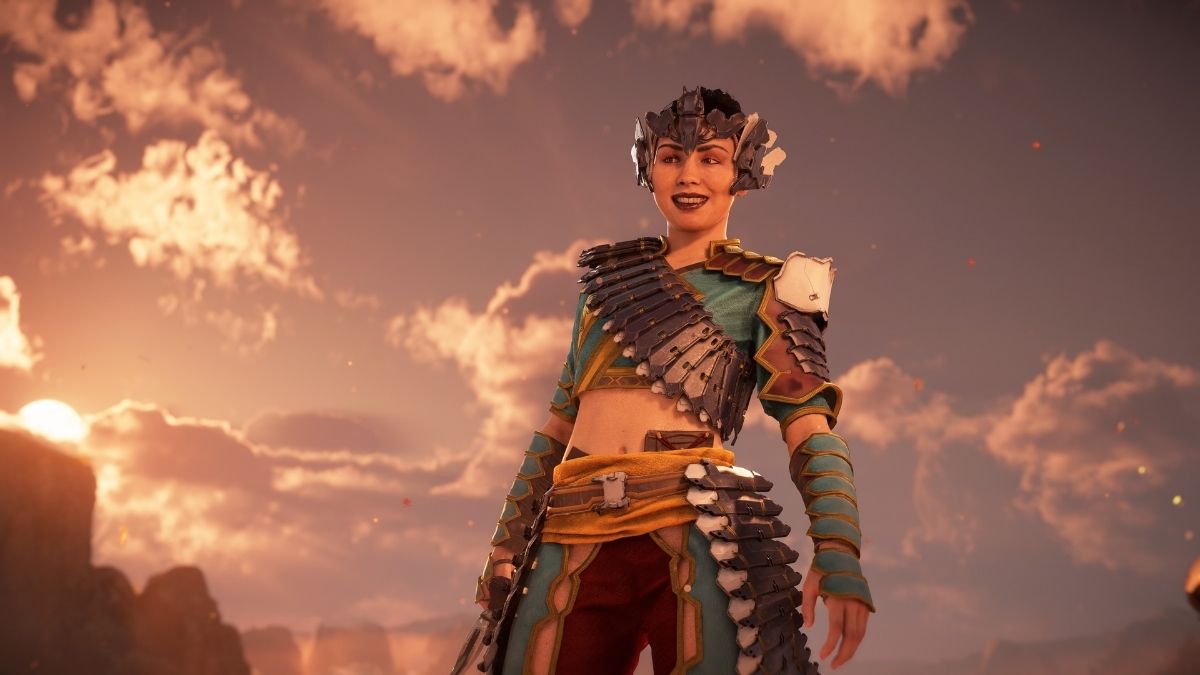 An old friend might be waiting for you out in No Man’s Land. After surviving certain death, Aloy awakens in a Stone’s Echo. Once her wounds have healed, she steps outside and is seeking direction. Perhaps a side quest will do. Here is how you complete The Burning Blooms side quest in Horizon Forbidden West.

You obtain this side quest after completing the Death’s Door mission. Aloy will awaken in Stone’s Echo. Once you gain control of her, speak to Mian and she will tell you about a Carja woman who came by. Head west out of Stone’s Echo and meet up with the huntress that Mian told you about. It turns out it’s Talanah.

Help Talanah defeat a group of machines and talk to her afterward. After a short cutscene, you will follow her to a small camp to examine some footprints. Examine the camp with your Focus to find out more information about what happened.

Follow the light footprints to a man. Another short cutscene will play out. He will tell you where the man you’re looking for went. Head west and you will run into a Shellsnapper. Time for another battle. Be careful during the fight. After the fight, use your Focus in the cave to find a corpse on the left side under some rubble. This will complete the quest.