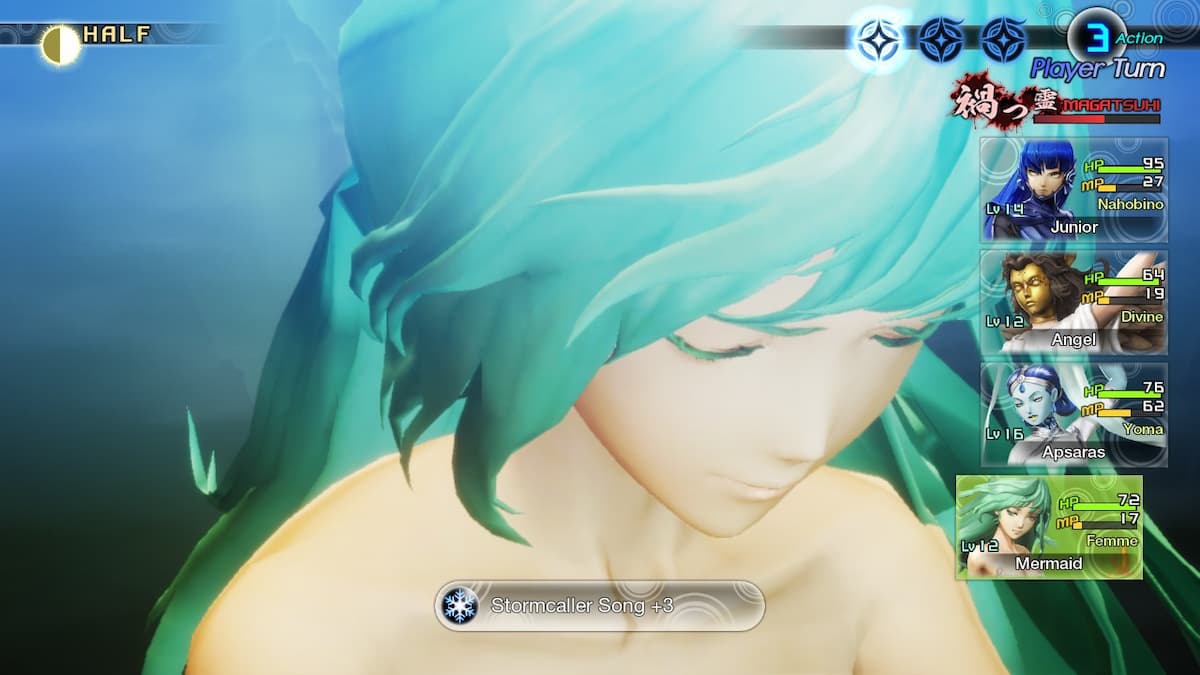 If you explore the first area of Da’at in Shin Megami Tensei V, you might notice a small river heading into a cave. Populated by some aggressive Azumi, at the end of the cave is a small sanctuary, with some vending machines and a lone Mermaid awaiting you. This Mermaid offers you a quest to help save her sisters from a curse that causes them to go berserk and attack anything that moves.

To complete the Cursed Mermaid, you will need to unlock the entire first area of Da’at: Minato by defeating Hydra — wrap around the southwest edge of the Tokyo Tower area towards the river. Mermaids will assault you under the spell of Pazuzu. Deal with Mermaids or avoid them, and engage the Pazuzu.

Pazuzu hits hard with Mudo, Mamudo, and Mazan spells, so make sure you bring demons that null Dark or Wind attacks. Pazuzu is, shockingly, weak to Ice, and so having a Mermaid on hand would be a good idea, as Stormcaller Song can make short work of him. As with most early game bosses, using Magatsuhi: Critical to chunk 50% of his life or more will make this fight extremely fast. Once defeated, return to the Mermaid to turn in the quest, but make you pick up the follow-up quest “The Demon In The Spring.”