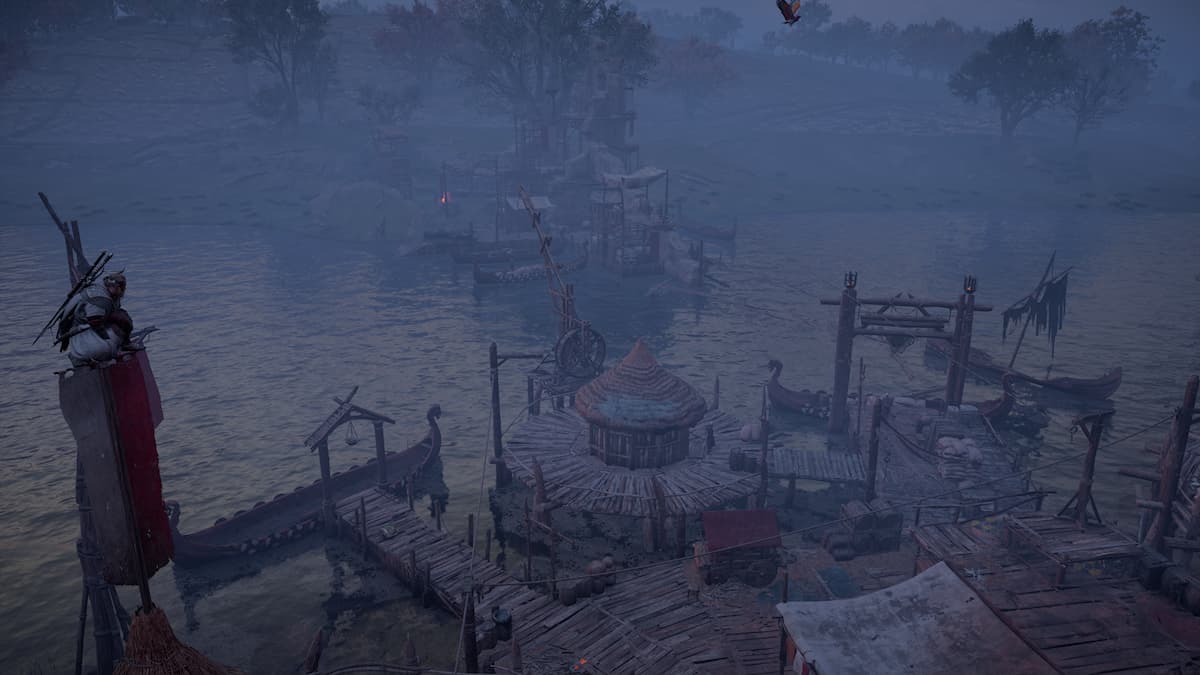 The start of the Assassin’s Creed Valhalla’s first DLC, the Wrath of the Druids, has Eivor assisting an Irish trader who has arrived in Ravensthorpe to deliver a letter to them and also to report a river blockade. Several rivals are making it difficult for traders to use the Nene River and created a system to ensure they checked anyone who wished to trade in their region. You’ll need to make your way to the Nene River and burn down the blockade.

Where to find Nene River Route

The Nene river is on the far east side of England. You may recognize it as the location Eivor initially arrived at the start of Assassin’s Creed Valhalla when they and the rest of the Raven Clan came to England. You can make your way over here using any of the available fast travel points, or arrive here on foot.

How to burn down north and south blockade

When you arrive within the area of the location, your next task is to burn down the north and south blockade. You can do this by burning the north and south structures. To do this, you can light your arrows on fight and destroy the numerous structures on both sides of the river, or take out a torch and throw them on top of the huts. When they catch fire, you’ll see the progress on the top left of your screen fill up.

The south naval blockade has more huts and buildings to burn. The north side contains more carts full of explosive jars you need to blow up.

After you’ve completed your task at the Nene River, you can return to Azar and report the goods news. Shortly after a brief conversation, you’ll have access to a new building in Ravensthorpe, a trading post for Azar you can use to travel to Ireland.