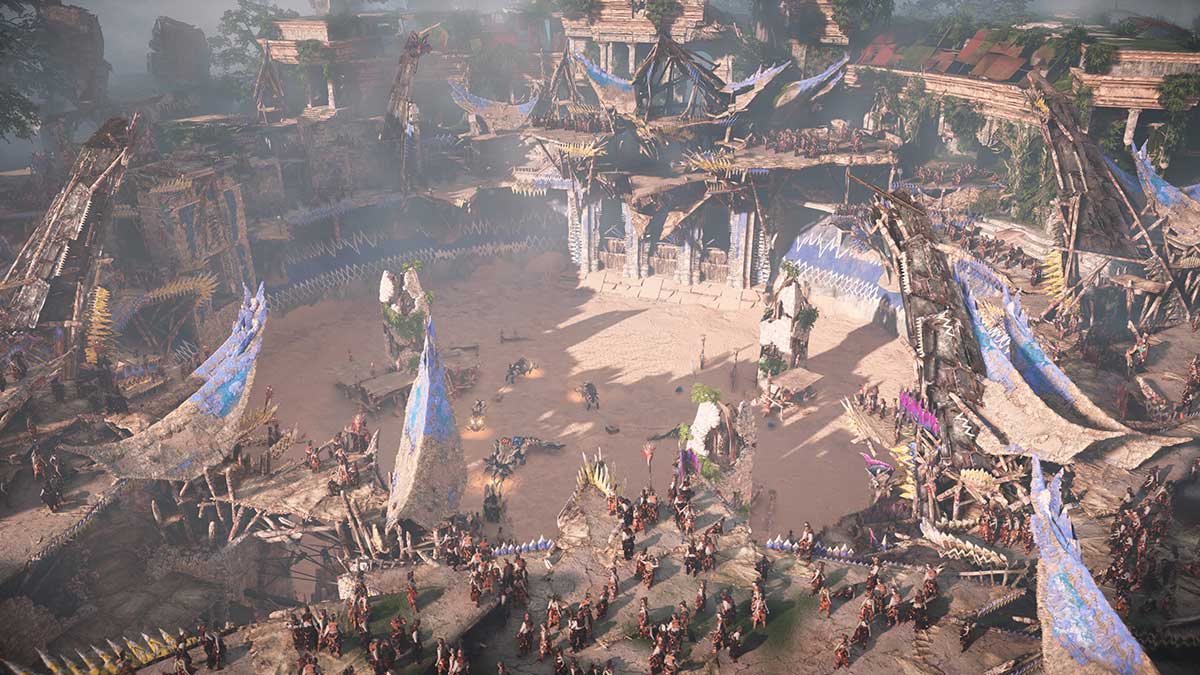 The Kulrut is the second part of the main quest in Horizon Forbidden West that results in Aloy recovering the Aether subordinate AI for GAIA, following The Broken Sky. This guide explains how to complete the quest, including tips on beating its venomous boss.

Step 1: Attend and defend the Kulrut

The first part of this quest is simple. Follow the quest marker to the platform at the back of the Kulrut and wait for enemies to show up. When they do, use the weapons placed across the platforms to destroy them. Most of the machines will succumb quickly to your gunfire, but try to use the environmental traps as well to speed things up. When this battle is over, the boss arrives.

This Slitherfang is far more ferocious than the one you battle at the start of the game. It’ll move around the arena to trap Aloy and shoot various liquids at her that cause damage over time. Ensure that you pick up as many healing berries from around the arena as you can while avoiding attacks. You’re going to get through a lot of them.

Slitherfangs are weak to fire damage, so equip a couple of weapons that deal it and start firing. The weak points are on the underside of its head, the gears, and the liquid sac that rest beneath its mouth. Aim to hit these with every shot because you’ll deal more significant damage and build up fire much faster. You could also use a Tearblast arrow or two to blow the components out of this spot, giving you some rare resources after the fight.

Step 3: Save the chief, claim Aether, and return to GAIA

Run up the debris and kill the rebels along the way. You’ll see a cutscene in the throne room where Aloy saves the chief and Regalla disappears. You can now go down under the throne room to claim Aether. All you have left to do is return to GAIA at your base and listen to what she has to say. However, pulling Aether from where it rests will reactivate the holograms around the area, so it’s worth visiting each of them to listen to their uncorrupted dialogue and pick up some new Datapoints.