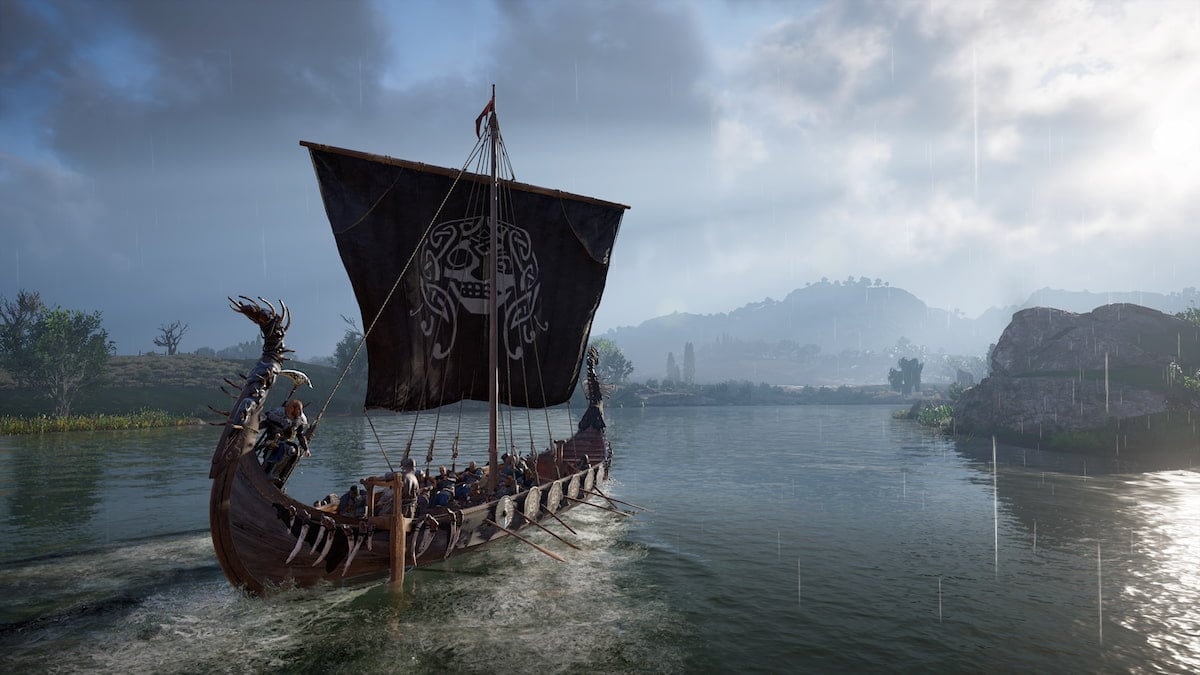 The Legend of Lugh is a quest in Assassin’s Creed Valhalla that you can complete by working through the second set of River Raid locations. These locations will have you exploring locations where you can exclusively raid the many locations you find alongside the river, earning equipment, supplies, and plenty of resources. For The Legend of Lugh, you’ll be obtaining this legendary individual’s armor and their iconic spear. This guide details how to complete The Legend of Lugh.

Your first goal will be to find the River Clue on the River Berbha. You’ll need this to make it to the River Erriff, the next area. We were able to locate the River Berbha clue by finding it at Wicker Grove. You can find this settlement located in the northwest portion of the region. Clear the area out, and the clue should be underground.

You’ll gain access to the River Erriff when you return to Vagn.

After finding the River Clue, your next step is to find all three armor pieces on the River Erriff. You can find Lugh’s bracers, greaves, and chest piece throughout the region.

You can find Lugh’s greaves at Aasleagh Fort. It should be one of the first settlements in the region.

You can find Lugh’s chest armor at Derryulra, a settlement you can find close to the start, on the eastern portion of the river.

The final piece on the River Erriff is Lugh’s bracers at Killary Camp, a large fortress close to the river’s end, on the western side, north of Padraig Homestead.

The final and second piece on the River Berbha is Lugh’s disguise. You can find it deeper in the region at the Berbha Fortification.

Once you have all pieces, return to Vagn at your settlement.

The weapon Lugh used, his spear, will be held by a Champion on the River Erriff. You can find them at Glennacally Fortress. You need to loot all of the chests there, and then at the final chest, proceed to the right inside of the building and dive through the small hole that only Eivor can fit through. Continue to follow the pathway until you reach the end, and you’ll have to face off against a mini-boss wielding Lugh’s Spear. Upon defeating them, you’ll receive the spear.

When you receive the spear, the next step of the quest unlocks, and you’ll have to go searching for The Ulfberht Sword.

You can find clues about the Ulfberht Sword by searching through a new river location, the River Rhine. There, you’ll need to feat two captains to bring out the Champion, who wields the sword. The first captain is at Fort Ehrenfels.

The second captain is at Katzenelnbogen.

Upon defeating both captains, you’ll need to confirm the kill. After they are defeated, you’ll learn that the champion who has the Ulfberht Sword can be found at a Monastery on the River Rhine. The exact location is Ferrières, which is the final settlement on the river. You’ll have to defeat the Frankish champion in single combat.

With the Champion defeated and the sword yours, return to Vagn to share the work you’ve done. Your hard work has forced the settlements to hire Protectors to defend these Rivers. You must now defeat these mighty warriors and claim their gear for yourself.