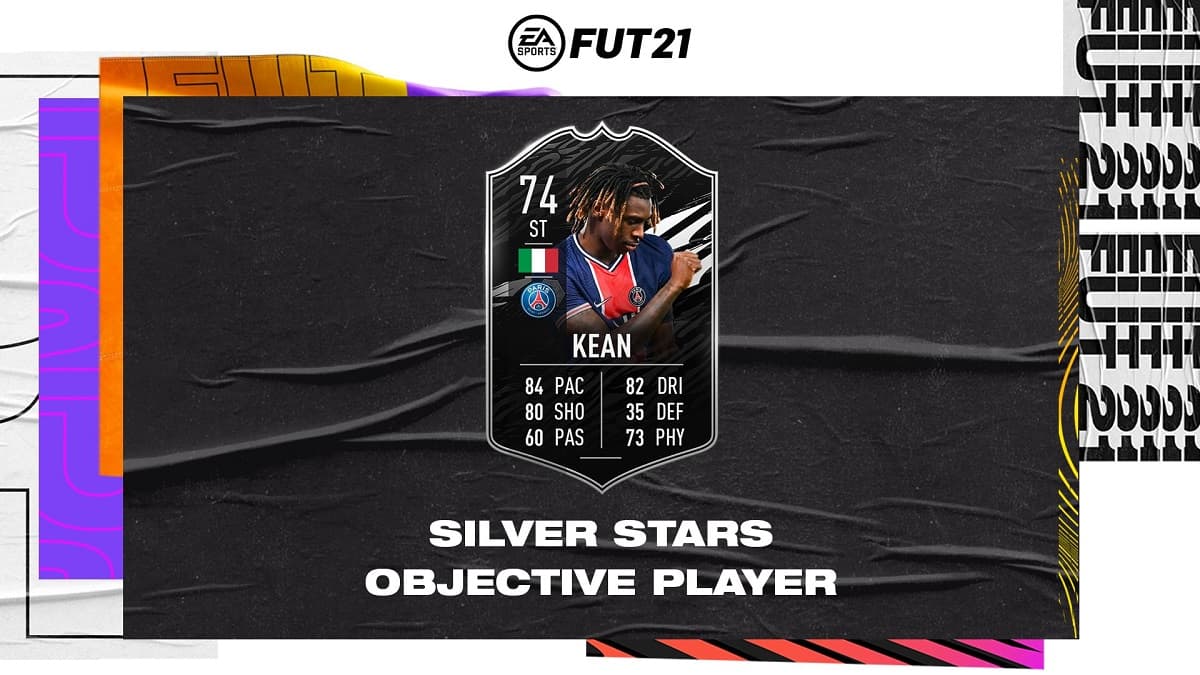 One of the most exciting talents in world football is Italian striker Moise Kean. Starting his career at Juventus, the dynamic forward had a fairly turbulent time at Everton last year but has already shown lots of promise with French giant Paris Saint-German.

Scoring two goals from the starting line up this week against Dijon earned him a Team of the Week promo card, which doesn’t boost his overall stat but does place three of his stat points (Pace, dribbling, and shooting) into the 80s, which places him as one of, if not the best silver striker in the game. You can’t get him in a pack, but you can get an untradable version with this week’s Silver Stars challenge objective.

The task asks you to form an all silver squad and take on other players in friendlies. To receive an untradeable Team of the Week Moise Kean card, you need to complete these three objectives:

This needs to be done with your fully silver squad, and you have to be playing in the specific Silver Stars FUT Friendly mode. Playing in any other mode will not count towards any of the three objectives. As it is a match in the friendly menu, you will not lose any contracts on players that play the games.

You should gradually gain silver players as you play, but the marketplace contains many cheaper silver players that will get you the squad you need to be eligible. Winning three games is the objective, though, so if you use a weakened squad, be prepared to play a few extra games.

After achieving all three objectives, you will receive the Keane promo card to use in your squads. They also contain experience points rewards, so they will also count towards your Season EXP total.