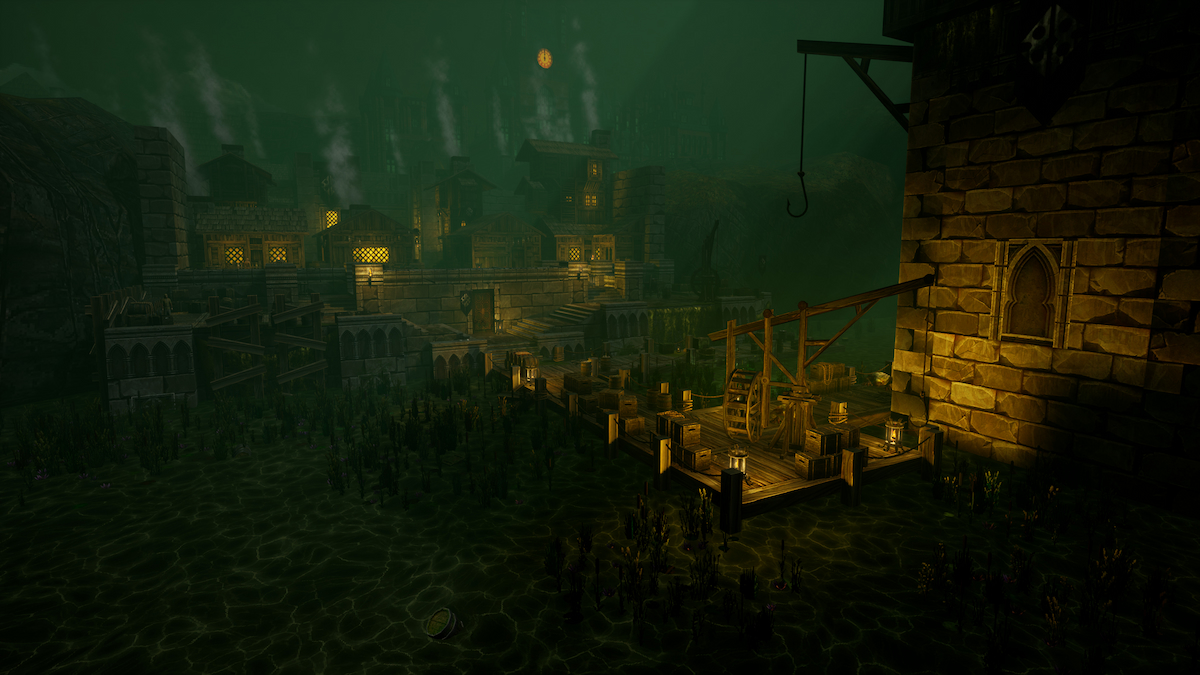 After you’ve entered the city of Cruxfirth in Graven, the tax collector at the city’s beginning gives you a new task to light a nearby Lighthouse. The hope is to lure the creatures away from the library, giving you access to it. You’ll need to make your way to the left side of the map and make your way through to The Brine Muskeg.

How to complete The Sunken Lighthouse

When you enter The Brine Muskeg region, there will be a handful of undead that you have to take out, but primarily your progression is blocked by a door that requires a Skull Key. You can find this key on the right side of the map, on the side of a ledge. Grab the key, and then return to the door to continue through the area.

Once you’re through the door, a cuff arrow weapon will be on the ground, and you can add that to your arsenal. From there, your focus will be to continue down the forward path, and there will be a large creature you need to defeat. You can attempt to use your Inflame spell on a barrel, or you can use your cuff arrow to eliminate it from a distance. After that’s dead, use Inflame on the barrel blocking your way on the cart, and you can go forward. Also, make sure to visit the right path to grab the additional items in that area.

There will be a more open area in the next region with several goodies all over. There’s also a right and left path you can choose to take. Your main focus should be to go forward by following the straight path, which will have several undead enemies, with a large pool swirling in the middle.

In the next area, you want to grab a similar crate that looks like the one you used to open up the blocked path to place down at another blocked gate. Follow the pathway up where, and a locked door blocks your path forward. To open this gate, you need the Serpent Key.

The Serpent Key is not too far away. All you have to do is return to the area where you swept through previously and move through a small ledge where you can grab the Serpent Key.

Use your Inflame spell to light the Lighthouse, and you can return to the Tax Collector you spoke with at the entrance of the town.