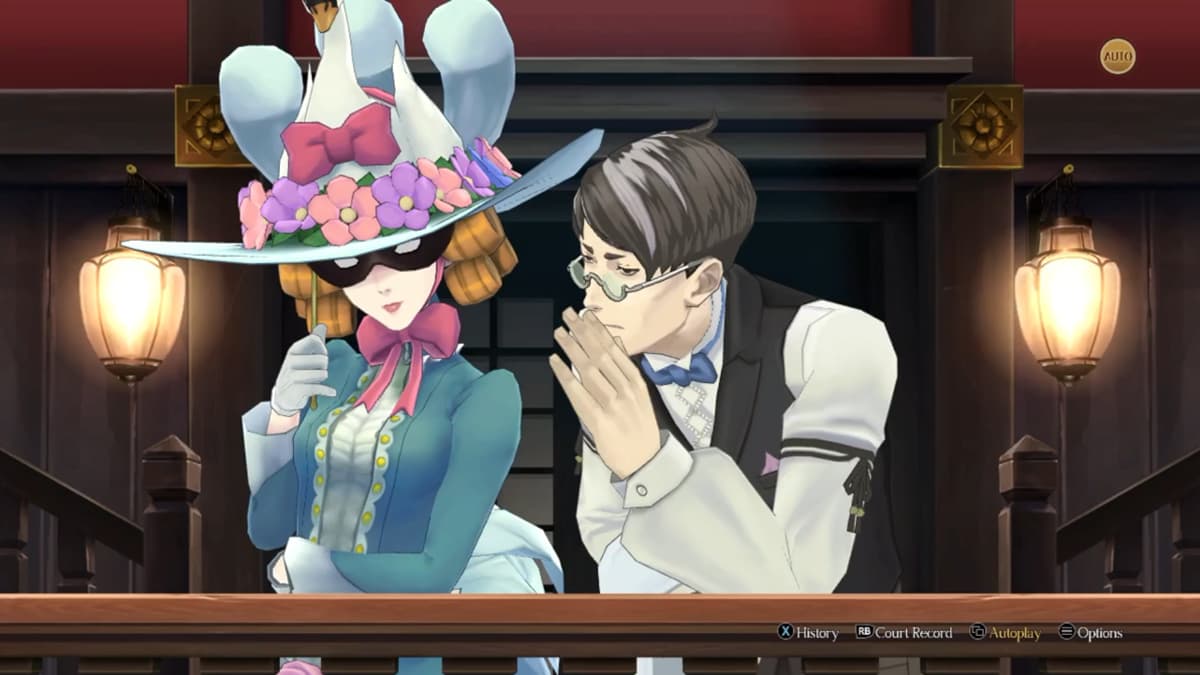 In the second part of the trial in The Adventure of the Great Departure, Ryunosuke is still defending himself from accusations of murder. A few hours into the trial, though, and he’s starting to become more confident in his abilities as he asks questions of a woman from Great Britain named Jezaille Brett. Here are all of the things you need to do to clear the Trial, Part 2 section of The Adventure of the Great Departure.

Cross-examination: A Frightening and Sorrowful Sight

Press Hosonaga on “The professor was unable to eat, so I ordered for myself only. A beef steak.” Through the dialogue, Kazuma will ask if something they said is meaningful. Choose It’s very meaningful. This will add a section to the statement about carbonated water.

Present Crime Scene Photograph to the passage talking about the cheers with carbonated water. Since there is only one glass present, how can they have a cheers moment?

The handbag and the burn

After some talking, you are given a choice between what is significant, her glass, her handbag, or nothing in particular. Choose her handbag.

Eventually, a new picture showing her handbag is added to the Court Record. When it comes time to point out a significant detail, present the bull symbol on the victim’s wrist.

When you need to link that burn to this trial, present the Crime Scene Photograph. Point to the bull symbol on the right side of the plate.

When the judge asks you to explain the burn, choose that the victim was already deceased.

Press Brett on, “But of course… this country’s inferior investigative techniques probably wouldn’t pick up on it anyway.”

After that discussion, Kazuma will note Hosonoga was acting weird during her speech. When they finish talking, press Brett on the country’s investigation process again, and you will be guided through how to Pursue. Do it to Hosonoga.

Hosonoga will add the Bottle of Carbonated Water to the Court Record. Present that bottle to the statement, “If there’s some other way a man’s life can been taken without leaving a trace, please, do show me.”

That will be the final input from you for this chapter. Just ride out the dialogue until you can save again.