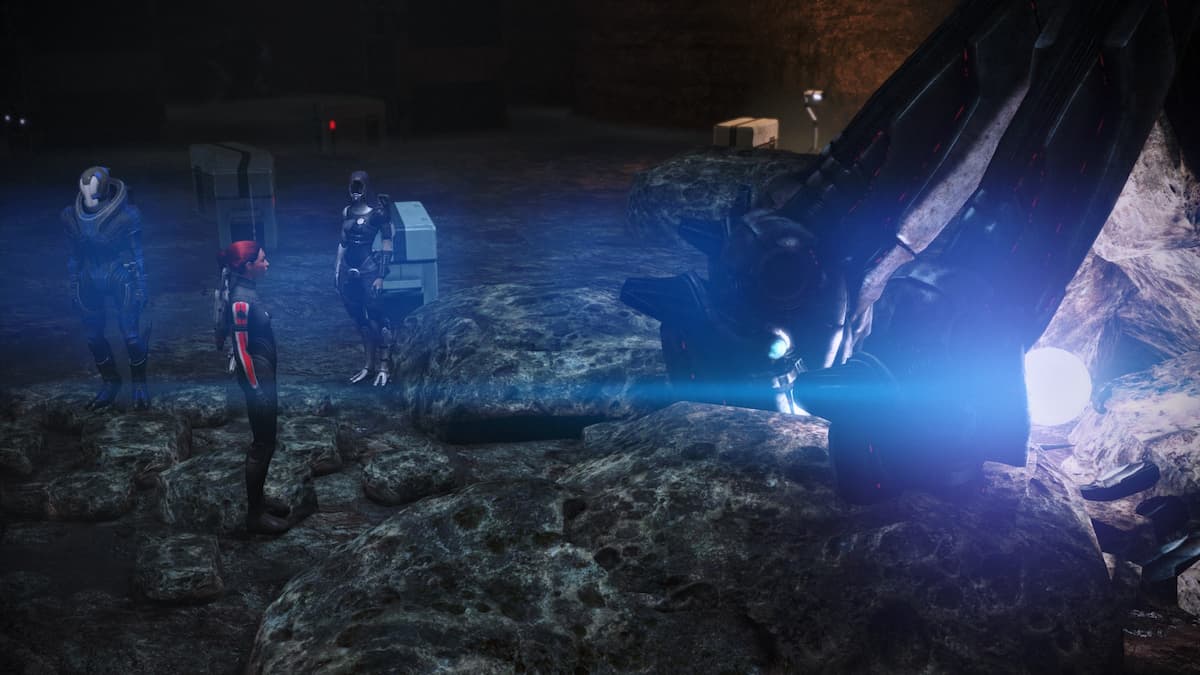 While exploring the Citadel after you’ve become a Spectre in Mass Effect Legendary Edition, there’s a chance for you acquire the UNC: Missing Survey Team side quest. You can acquire it by traveling from different locations in the Citadel by using the elevator, and you’ll hear the report on a news report. It’ll break down that a survey team has gone missing in the Hades Gamma cluster.

If you do not have this side quest, make sure to visit the Citadel and travel through the elevators. You may have to do this three or four times before the quest is added to your journal.

Where to find the Hades Gamma Cluster

Where to find the Survey Team

Once you’re on the planet of Trebin, you’ll have four locations marked on your map. Of those four, you want to go to the one labeled Research Base. It will be an excavation site, and you’ll need to adventure inside the location to learn what happened to the survey team.

Before entering the underground section, you can investigate the small houses that form the central research base. The shelter closest to the excavation site details that the detail unearthed alien technology, and wanted to learn more about it.

Upon delving deeper into the excavation site, you’ll discover that there are Husks. You’ll want to use Overload abilities and Sabotage to eliminate them. Once the room is cleared, a teammate will comment about how the alien artifact the team uncovered had turned them into mindless fanatics. However, you’re not finished yet.

You need to delve deeper into the excavation site. You want to move to the back of the room and unlock the two doors. When they unlock, multiple Husks will flood out, and you’ll have to eliminate them, using the same abilities techniques you used on the other team.

After they’re all eliminated, you’ll receive a notification about the survey team is no more. When revisiting the Citadel, you’ll hear a news report about how raiders or mercenaries killed the ExoGeni Team that went missing.