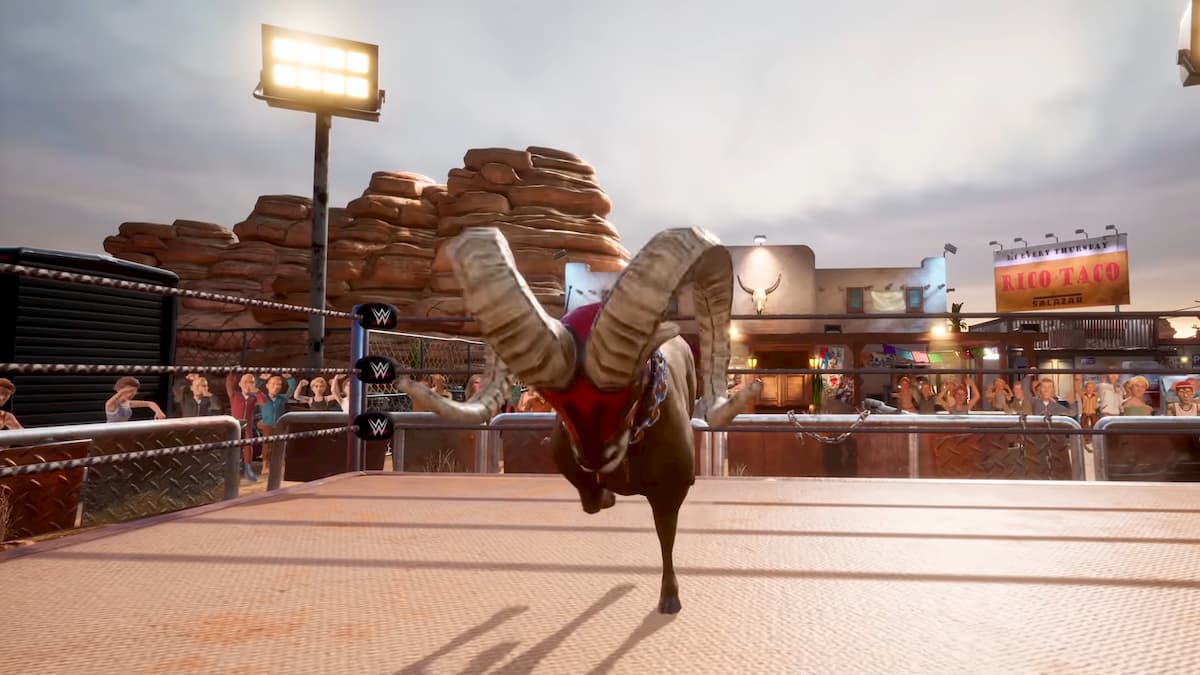 There are a lot of differences between the gameplay in the WWE 2K series and WWE 2K Battlegrounds. Arguably the biggest difference is the addition of brand new obstacles that can be found around the ring area. No, we’re not talking about fans giving wrestlers weapons to use in matches. We are, however, talking about crocodiles that can maul wrestlers and rams — yes, you read that correctly. And much like the crocs in WWE 2K Battlegrounds, the ram can also help you out. How? Let’s go over how the ram can be on your side.

First, you’ll have to be wrestling in the Mexico battleground. If you have not unlocked this area yet, you will have to do so by completing the first two parts of the Campaign mode. In Mexico, there will be a ram that will be sitting at ringside. The ram can be used to attack a wrestler, but it’s remote-controlled, meaning that you will have to grab the remote before your opponent does.

The remote can be found in the upper-left part of the ring area, right behind the fence between ringside and the crowd. To grab the remote, move towards this part of the battleground, and then press LB (for Xbox) or L1 (for PlayStation) once you see the icon appear on the screen.

Keep in mind a few things when using the ram. One, the ram will become temporarily stunned when it attacks a wrestler. The ram won’t be able to attack until it recovers, but it will only take a few seconds before the ram wakes up. Two, you will only be able to attack three times with the ram. Once you have hit the opponent a maximum of three times with the ram, you will have to jump back into the ring area and continue the match. You can, however, grab the remote at a later point in the match, should you need the ram’s help again.