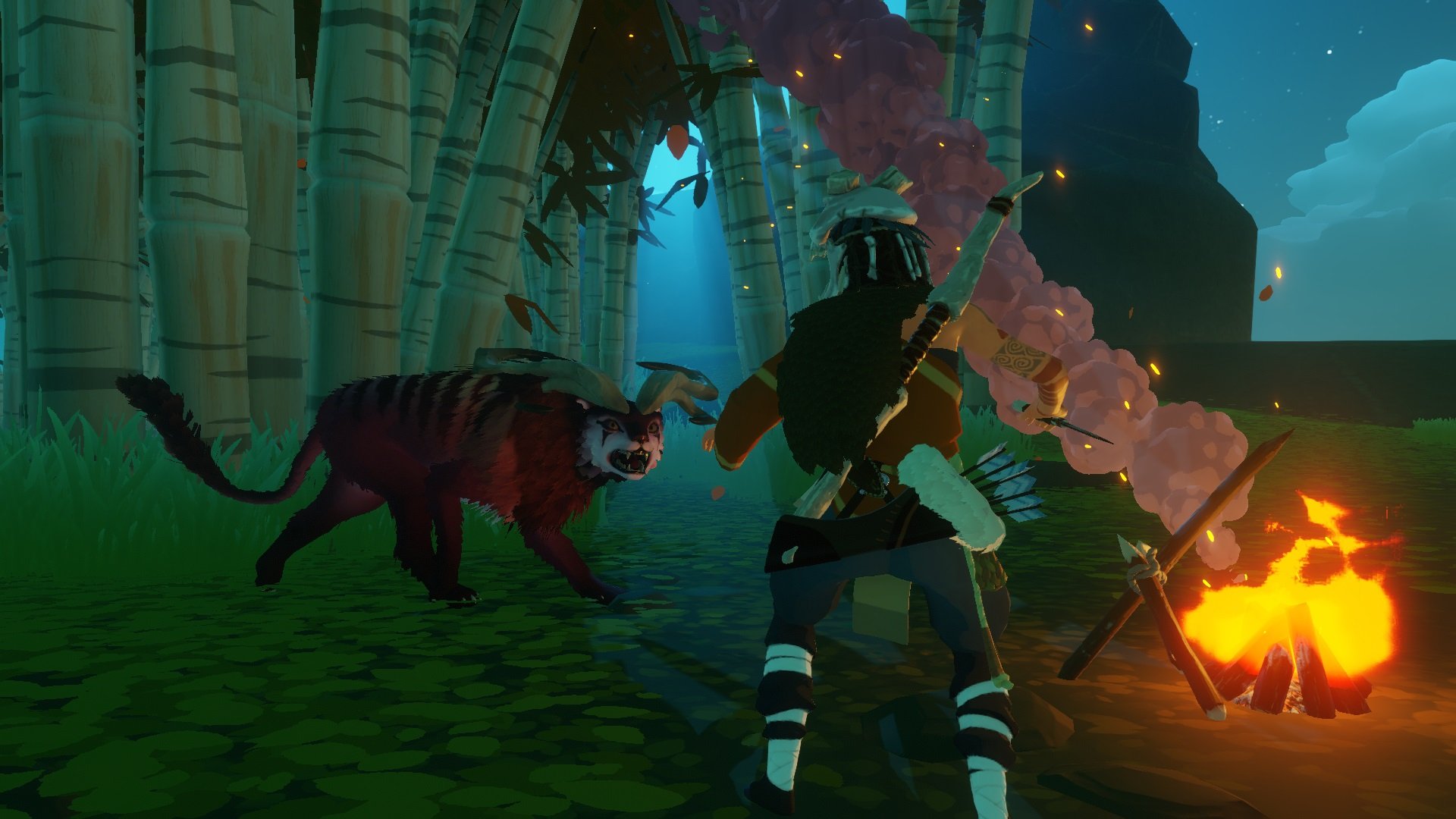 When you wake up as Kara and start to explore Windbound, you likely noticed the small mounds of dirt on the ground. You have probably even seen these little creatures called Bleenks hopping around the first few islands you explore, and when you chased after them, they dashed into those mounds of dirt. You can’t dig them out of the hole unless you have the proper tools crafted.

To quickest method to obtain a shovel is to take down a Razorback pig. These are the larger, yellow ones you see roaming around the smaller pink ones on the island. Takedown one of these and loot it for their bone. Upon picking up the bone, you’ll learn how to craft a bone shovel. Besides the bone, you also need two other ingredients. The full recipe to craft it requires one bone, one Gorehorn crest, and two thick grass.

Of the resources you need to acquire, the Gorehorn Crest is likely the hardest one. You need to take down the large rhino creatures that you can usually find near a Razorback. These are significantly larger than a Razorback and have plenty of armor. They don’t always drop these crests, though. The best way to take them down is to craft a bow and to make sure you have at least two spears on you. It probably helps to prepare somewhere close to six or eight arrows.

When you’re ready to craft the bone shovel, you can do it anywhere. Approach the dirt mounds that have the dig icon on them, and start digging. You have to hit the spot twice before it goes away, and you receive clay for your efforts. You can use it in multiple resources to surviving that much easier.