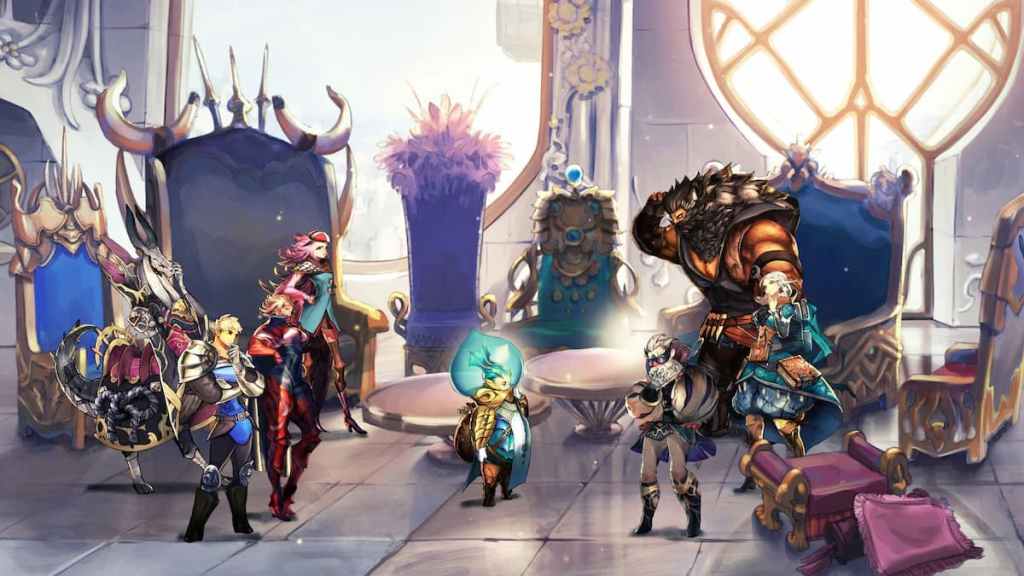 Astria Ascending features powerful enemies called Astrae, the bosses of dungeons, and they’re challenging to say the least. The first one you’ll encounter, Anun, is found in the Pisces Temple. They’re a giant statue wearing a diving suit carrying a massive hammer. The fight is difficult, and Anun can decimate the party in a few attacks. Here’s how you can make sure you end up victorious.

You will fight Anun multiple times throughout the temple. The party will first encounter it early in the dungeon and it’s not a simple fight nor can it be avoided. Approaching the gargantuan statue of Anun triggers a cutscene that transitions into the fight. Before going into it, make sure your party includes a mix of characters with lightning abilities as well as those with plenty of hit points.

Conserve as many Focus points as you’re able to before attacking Anun with lightning. Characters who can’t cast lightning spells should focus on defending, building focus, or healing.

Anun attacks one character with its hammer and can drop a character to zero hit points in two attacks when playing on normal difficulty. The Astrae also uses a special roll attack that hits every character on the field. It has a chance of muting characters, disabling them from using abilities.

The second fight with Anun comes with a twist as the Astrae transforms into a swarm of fish after dropping to zero hit points. In its new form, it adds a swarm attack that hits the entire party. Lightning is still your best bet for bringing down Anun quickly.

If you stick to using lightning-based attacks and healing magic users, you should bring down Anun quickly. Afterward, Allasia will be able to summon Anun in battle.