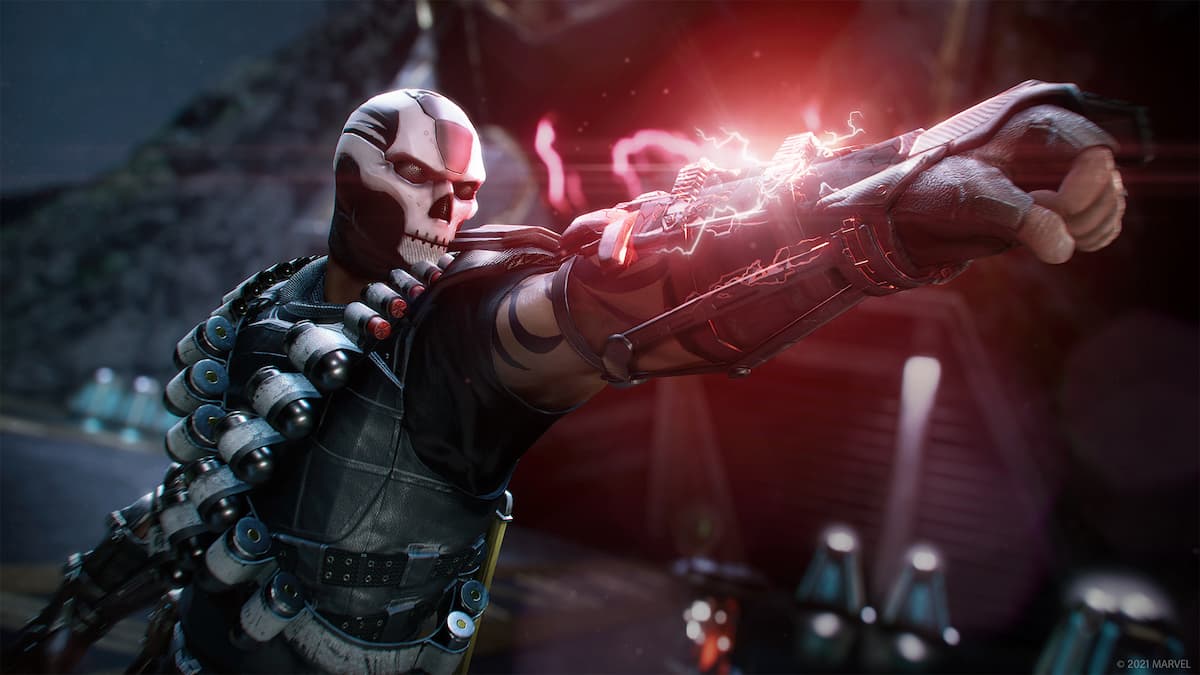 At the end of the first campaign mission for Marvel’s Avengers: War for Wakanda, the city of Birnin Zana is under assault by A.I.M. and the forces of Ulysses Klaue. Joining Klaue is Crossbones, a familiar villain from the comics and movies. You’ll fight against him one on one as Black Panther, but there’s a more important objective as you battle him — taking down the cannon pelting at the city’s shields.

With a lot of armor and equipment, Crossbones is slow and lumbering, luckily for you. He lugs around a giant minigun, and his main form of attack is through AOE moves, which will be telegraphed with big red circles. You’ll have to destroy the cannon behind him, and it has two power cores, one on each side. However, they will both be protected by red shields.

All you have to do is to pelt Crossbones with close-quarters attacks while dodging out of the way during his AOE attacks. Once his stagger meter is filled up, he will take a knee and pause, surrounding himself with a red bubble shield. During this time, the two power cores will be open and vulnerable, and you will be able to attack them with melee or ranged attacks. Be quick, and ideally, you should fully destroy one power core before he gets back up and the cannon is shielded again.

Rinse and repeat, and it should take two or three knocks for you to destroy the cannon. Regardless of how much of his health bar you chop off, Crossbones will make his escape at the end. But don’t worry — you’ll see him again at the end.