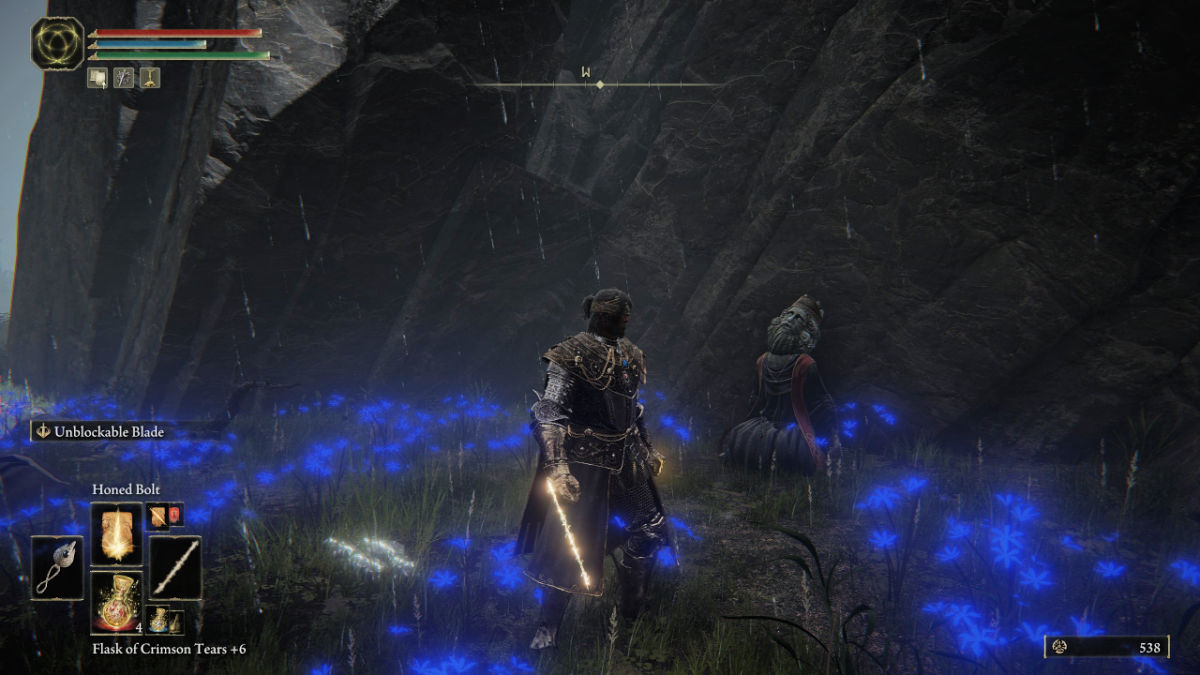 Elden Ring is packed with tons of difficult enemies and deadly bosses. These bosses are given different ratings to signify their danger. The Glintstone Dragon, Smarag, is considered a Great Enemy. Here is how to find Smarag and the best tactics to fell this beast.

To find this Glintstone Dragon, you must venture into the Liurnia of the Lakes. Hop on Torment and ride through the swamp. Be mindful of the dangers in this area until you reach the Temple Quarter site of grace. Smarag will be direct to the North of this location. The red arrow pictured above pinpoints his precise location. Use this site to rest and prepare for a tough battle ahead.

Smarag is a Glintstone Dragon. As the name implies, glintstone sorcery is not that effective against him. As you head North from the Temple Quarter site of grace, Smarag will be resting near a large rock formation. Make sure the first attack you use is a powerful one. Target his head and use your best attack. Piercing attacks work best as he is weak to them.

As Smarag wakes up, use a barrage of your most powerful attacks. His animation takes a while to play out, and a lot of damage can be applied before Smarag makes a move.

Once Smarag awakens, he has several deadly attacks. If he takes to the sky, avoid facing him head-on. Smarag has a multitude of devastating glintstone fire attacks that can outright kill in a single attack. Once his aerial assault is avoided, he will land for several ground attacks. This is the best opportunity to strike.

The best angle to defeat him is pictured above. Try to stay to his rear and his right side. He is vulnerable here, and his stomps are simple to avoid. Dodge and then counter with your best poise-breaking attacks. Stun Smarag for a powerful critical attack near his head. Careful use of piercing attacks and using the rock formation to block his attacks is the most effective way of defeating Smarag.

Defeating Smarag yields 14,000 runes and a dragon heart. The dead body he is resting near also holds a key to the sealed Glintstone Academy.