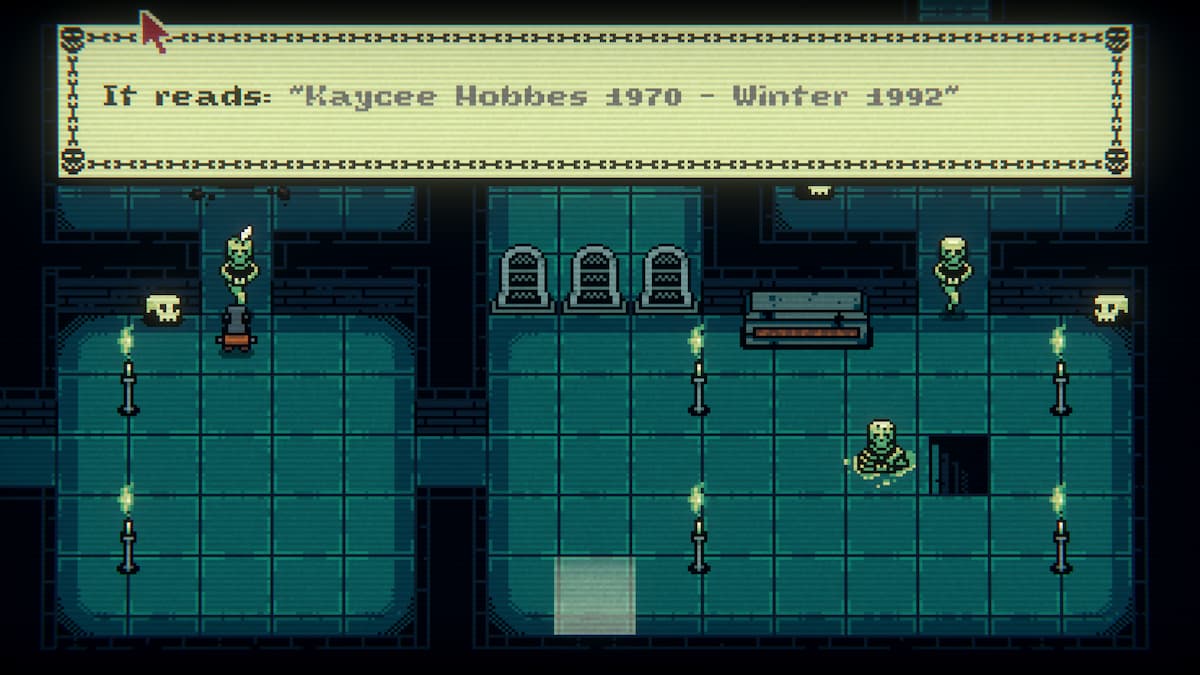 Grimora, the Necromancer, is one of the two first bosses you’ll encounter in Act 2. Her deck focuses primarily around abusing Bone creatures, specifically, Bonehound and Sarcophagus in round 1, and clearing your field in round 2. With a bit of patience, you’ll find her defense as brittle as her minions — so let’s get into how to defeat her.

First, to access Grimora, you need to defeat all three of her subordinates — Kaycee, Sawyer, and Royal. After defeating them, make sure to explore and grab all of the headstone pieces and card packs laying around. Once completed, you have to insert the pieces into the proper headstones:

Grimora will start the battle with a Bonehound, a 2/3 that leaps to slots opposite your creatures. A good strategy is to slot an Explode Bot or two in your deck and use that to nullify the Bonehound because it is unlikely you will be able to drop anything turn 1 to deal with it. Especially try to do so in the far right lane, as that will also block the Sarcophagus from coming into play. Be warned — any creature of yours that survives Phase 1 will be wiped out in Phase 2.

Phase 2 is rough — Grimora automatically kills and then revives your units as free cost 0/1 zombies, while maintaining her own board. She will also continue to drop Bonehounds and Zombies as able. The strategy remains the same — deal with the Bonehound and deal enough damage before Sarcophagus becomes a Mummy Lord.