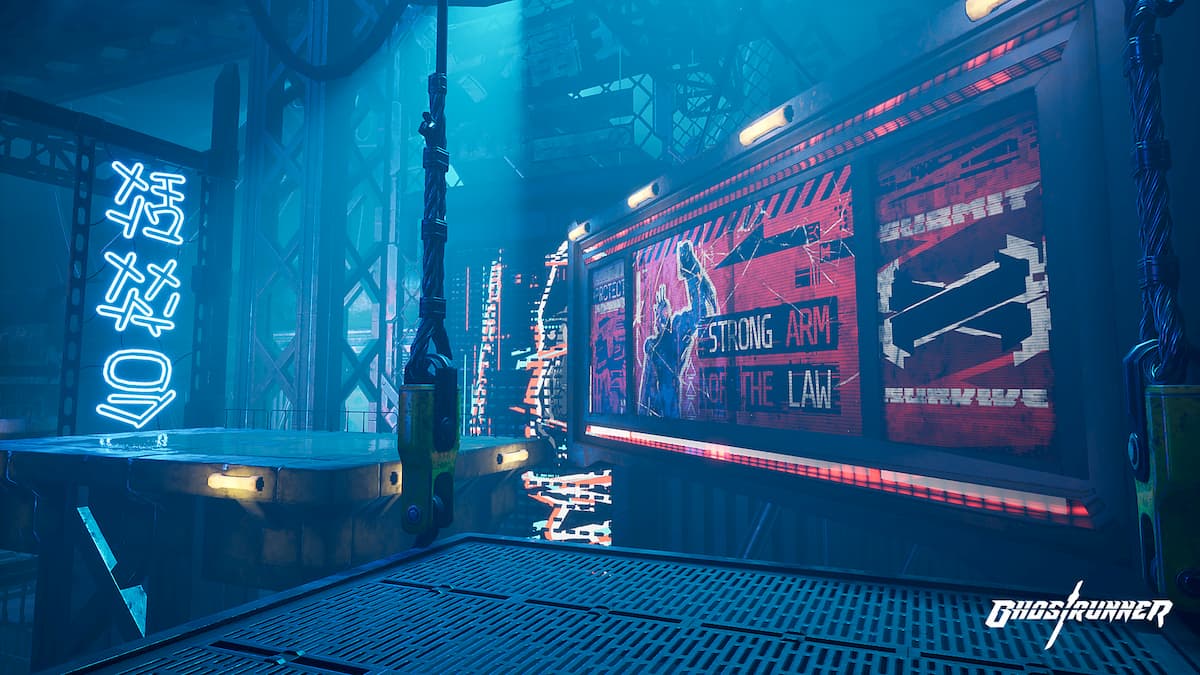 Hel is one of the toughest bosses in Ghostrunner, and the game builds up that quite well. You chase her for quite a while before going one on one against her. The fight takes place in “In her own image” level, which starts in a train compartment. To get out of the compartment, head towards the end of the train compartment and interact with the green terminal.

A short cutscene will play, and your fight with Hel will begin. This is one of the trickiest segments in the game since a lot depends on your muscle memory. You will probably need to get outplayed by Hel a few times to get the parry timing right since it is a bit off compared to other segments in the game.

As a thumb rule, you need to ensure that you hit the parry button just before the attack is about to hit you. Once you parry Hel four times, her stamina bar will completely deplete, and you will be able to hit her. You just need to land one hit on her, and that needs to be done pretty quickly else her stamina bar will reset, and you will need to parry all over again. After getting hit once, she will jump off to another platform and start hitting projectiles.

This is where it gets a bit tricky. Before hopping onto the yellow rails or wallrunning to traverse across platforms, you need to wait for Hel to fire her projectile. If you do it before she fires her projectile, you might end up being caught in the line of fire while wallrunning. Once you dodge one of her projectiles, quickly wallrun into the next platform or use the yellow rails. Keep doing this until you reach the platform she is on.

Once you reach the platform, you need to parry all over again. Repeat the entire process until Hel has the last chunk of her health remaining. At this point, her attacks grow more aggressive, and her projectiles become pretty fast as well. You need to keep jumping from platform to platform very fast in the final segment, and do remember that if you get hit once, you need to start the entire fight all over again.

Once you get close to her, she stops hitting projectiles, and you will be able to parry her once again, for the last time. Her attacks are way faster in this part, so you need to be quick, but don’t end up spamming the parry button as getting the timing wrong can push you back and make you fall off the platform. Once you manage to land one hit after depleting her stamina bar, Hel will be defeated. Defeating her will also let you wield her sword, unlocking the Surge ability.