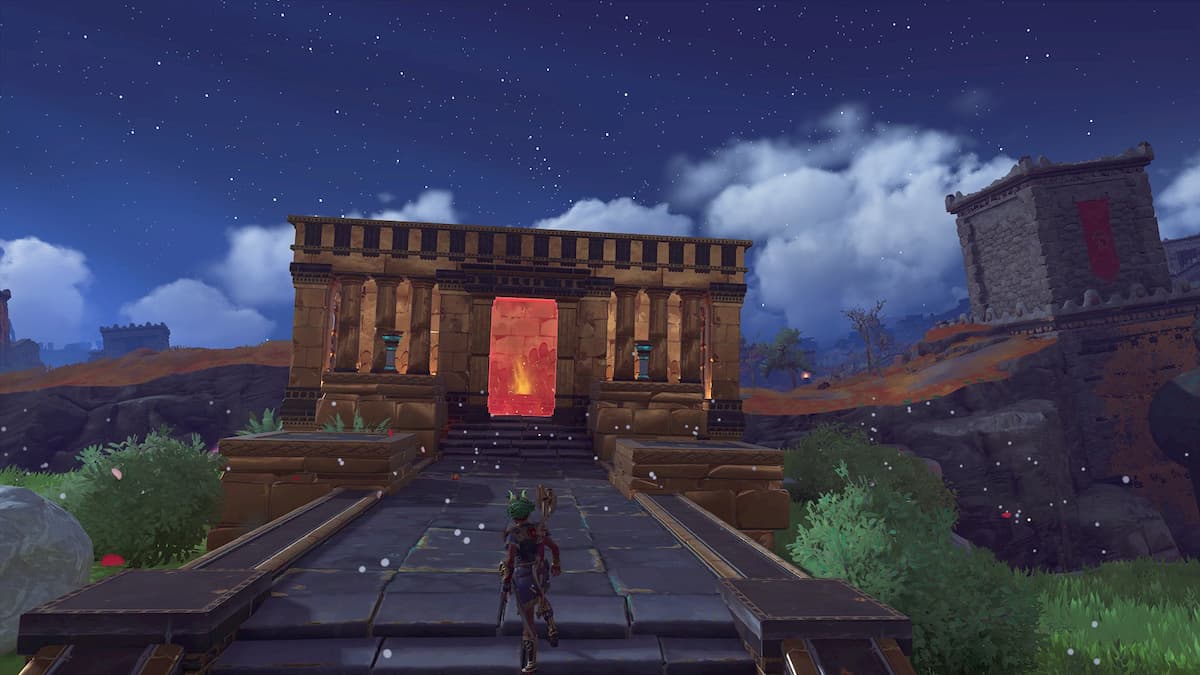 Immortals Fenyx Rising has a pretty unique inventory system. While you do get many weapons throughout the game, the weapons’ base stats remain the same irrespective of the weapon you are using. It’s just the perks that change on wielding different weapons. You can obtain weapons and other gears in a variety of ways, including defeating legendary bosses.

Just near the Kalliope’s Distress Vault, there is Lieutenant Aello of the Stormswift, a legendary boss which awards you with the Wings of the Revels upon defeating it. This boss fight might be tricky for many players out there since Aello keeps flying all the time, and arrows simply don’t inflict much damage.

The trick to defeating Aello lies in being patient. You need to wait until it attacks and quickly dodge to avoid the attacks. After that, it won’t attack again for a few moments, and that is when you should try to double jump and hit it in the air itself. It might fly even higher sometimes when you try to get close to it, and if that happens, you need to wait until it gets close once again.

If Aello isn’t getting close enough and you are having a hard time landing attacks in the air, you can switch to your ranged attacks, and while they deal quite less damage, it can turn out to be handy to whittle down Aello’s health. If you remain too far away from it all the time, it does have a swoop attack, which can turn out to be quite deadly if you don’t time your dodge correctly.

On the other hand, it also has an area of effect attack, which it unleashes when you are too close to it. So you need to have a good mix of ranged and melee attacks to take it down.

Some skills and abilities might prove to be very handy in the encounter. For instance, if you have the Marksman skill, you deal 100% more damage when you land headshots. Likewise, the Herakles’ Leap ability can prove quite useful in getting close to Aello merely at the cost of one stamina bar.

Once you have defeated Aello, you will get the Wings of the Revels. They don’t have any extra perks as such, but they look quite good. There is also a chest in the same area that can be unlocked by simply lighting the torches using fire arrows. It awards you with Pomegranate, Flower Nectar, and Golden Amber.