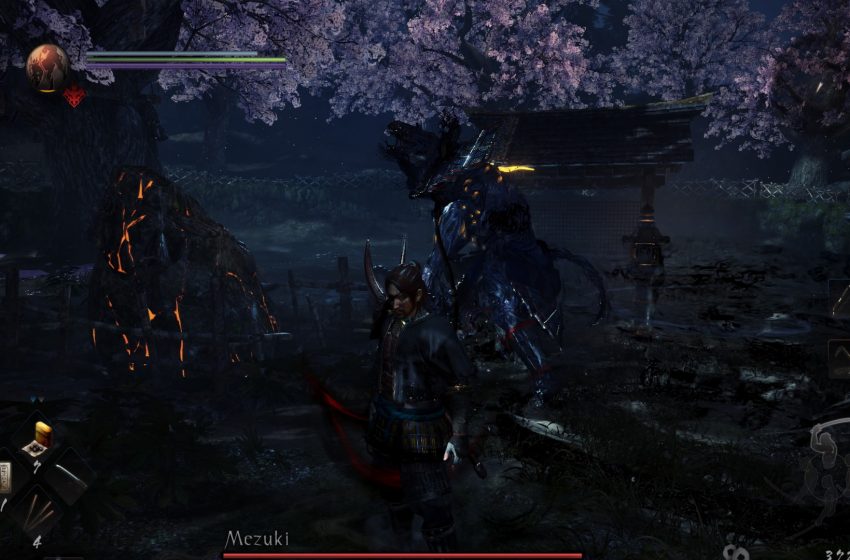 The first boss you encounter in Nioh 2 is Mezuki, a large horse-like demon with a massive sword ready to carve you up. While it is big, it’s a little clumsy, providing you a handful of chances to get in close and deal heavy damage to it. But, if Mezuki hits you, you’re in for a world of pain.

The most notable attack Mezuki are these two dark blasts it fires from its mouth that look like dark spirits rushing at you. You want to dodge these as they damage you, but when they land they create ki disruptions on the ground, making it harder to recover your ki during the fight. You want to avoid these areas after ending an attack, or you won’t be able to get away. Mezuki also has three massive strikes swinging out in front of you need to dodge. After these attacks, it’s vulnerable for a moment giving you a chance to attack it.

You don’t want to stay too close to Mezuki because it has a grab that picks you up into the air and cuts you with its sword. You can anticipate this grab indicated by the black and white aura of its left hand when it reaches for you. Additionally, you can’t stay behind Mezuki for too long because it has a back-kick strike that pushes you away from it. The best strategy is to jump in, do a handful of hits, wait for it to attack, and then roll away to avoid the damage and recover your ki.

After you lower Mezuki’s Anima once, it’s right arm burst up and becomes stronger. Its attacks change and become more aggressive toward you. Now, there are three dark blasts instead of two going out toward you, and it swings its sword further out against you. You want to dodge these attacks and get in close, waiting for Mezuki to charge you and countering it. You can pepper in several medium-stance attacks, using your outward strikes to beat it. This mode will not last forever, and when it ends, Mezuki returns to normal, but when you lower its Anima it returns to this form.

If you can close the distance between you and Mezuki quick enough, such as using a grab to pull yourself closer after it strikes, you should have no issue taking it down. You don’t want to use all of your ki in a series of attacks because it does leave you exposed to it.