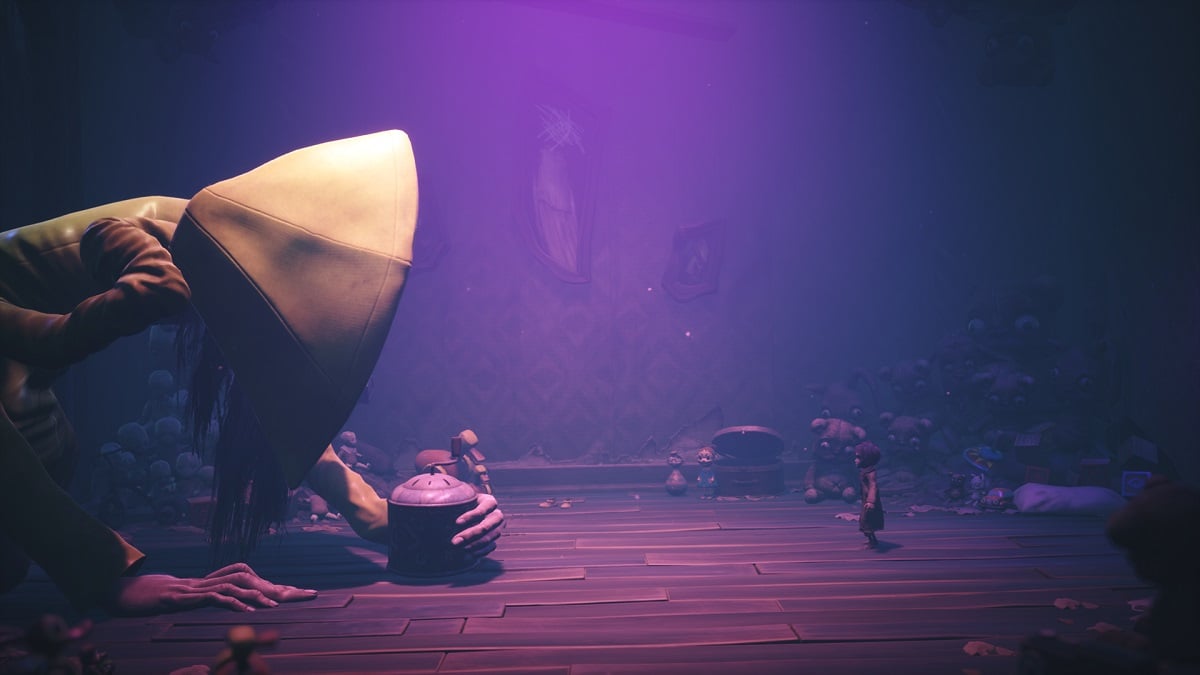 The Monster Six boss battle is the final fight that you face in Little Nightmares II. After you navigate the Signal Tower, you will be reunited with Six, but it’s not the companion that you know. Six has been transformed into a grotesque, giant version of herself, and it’s up to you to save her.

The first thing you must do is get a weapon. Six’s music box has warped her into a monster, so you need to destroy it. Begin by yelling at her using the Y button on Xbox or Triangle on PlayStation. She will inch forward and reveal a hammer where she was sat. Walk around her, grab the hammer and smack the music box with it.

This sends Six into a frenzy and activates a chase sequence. Run as fast as you can to avoid her swipes and any falling debris, and jump across any gaps you see in the floor. Leap to the vent and climb inside before she can grab you.

You will eventually reach a room where you can hide from her under a table. Wait for Six to leave and follow her through the door she breaks.

Walk towards the door with a purple light emenating from behind it. Grab the axe and break the door to enter the next area.

Six will be protecting her music box and any attempts to get near it will result in her attacking you. One hit can kill you, so don’t get close to her for now.

You will have brought the axe with you. Pick it up and walk through the left doorway, which is how you entered. You will be transported to a doorway on your right. Take a few steps forward and drop the axe. Head back through the right doorway. As you re-enter from the left, spin around to go back through that doorway and yell as you do. Six will run over to try and pummel you, but you should have teleported through the right doorway. Run to the axe, pick it up, and run over to the music box. Hit it to deal damage to Six.

This action should transport you to a dark area where there is little light. Start walking forward and slightly arc your path to the right. You will come across a wooden door with the axe in it. Grab the axe and break the door to return to the tower.

The next room has four doorways. Teleport to the small right doorway using the one you entered from and yell. Run back through as Six tries to hit you and carry the axe up the ramp. Drop it by the big left doorway and run back down the ramp. Repeat the doorway steps again so Six runs to the small right doorway. As you teleport to the small left one, run up the ramp, grab the axe and head through the big left doorway. Shout as you do to make Six run that way. You will be transported to the big right door and have enough time to hit the music box again. As before, walk forward in the dark area to the right to find the door with the axe. Break it to enter another room.

You and Six will be transported to one final area. Grab the axe and yell as you walk towards her. This pushes Six back. Hit the music box again and she will recoil in pain. While she is distracted, smack the music box one last time to defeat her.

FIFA 22 FUT Season 1 Level 15 and 30 Storyline Player Rewards – Which cards should you choose?

How to check FUT club record in FIFA 22 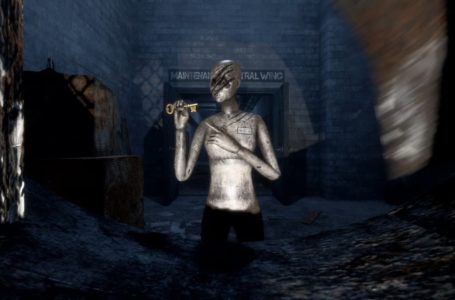 How to get the pistol slide in In Sound Mind