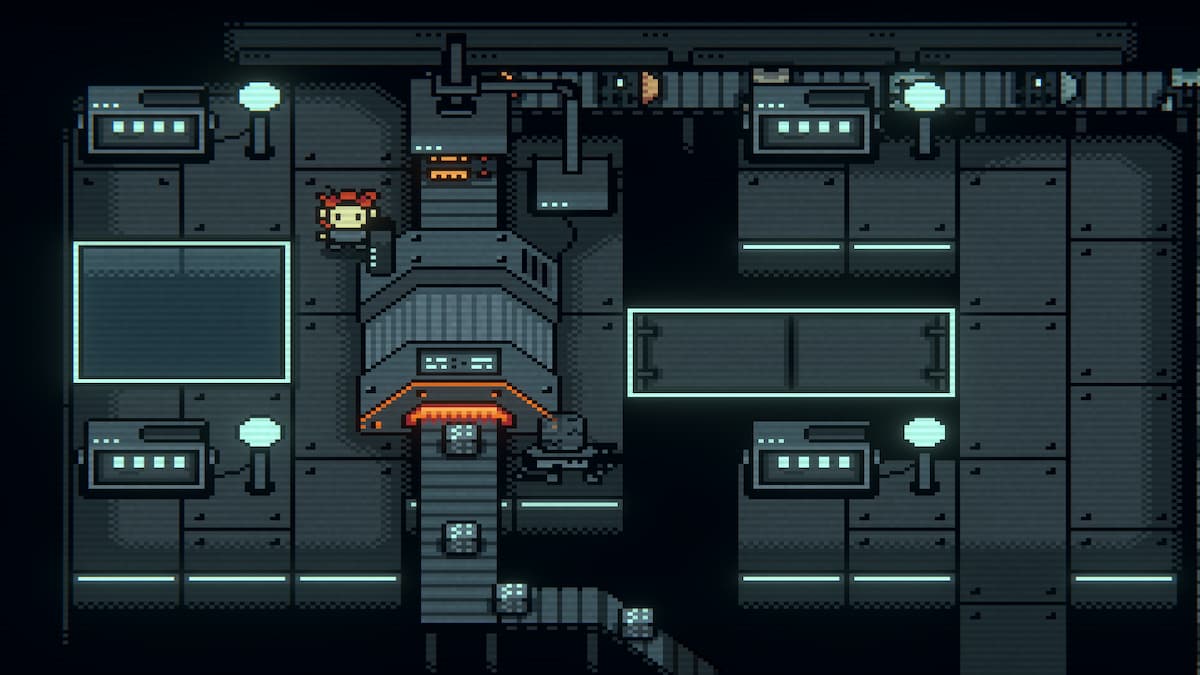 The smart-talking stoat from Act 1 is one of the four major bosses in Act 2 — P03. This robot seems to have a pretty terrifying plan but refuses to battle you because your deck sucks. However, you can force a battle out of him, and we’ve got how to listed below.

To convince P03 to fight you, you first need to traverse his factory by solving energy puzzles and defeating his henchmen. The first puzzle or two is pretty simple, but the last ones are tricky — as such, below are the solutions for the last three puzzles:

The henchmen themselves are not particularly difficult, and the third one will just hand you a win — ignore the glitchy thing it fished up afterward. Make your way back to P03 and prepare for a tough fight.

P03’s gimmick is a conveyor belt field of play. Anything placed on the field will, at the end of each turn, move one space in the direction indicated. This means that you will obtain and lose cards periodically throughout the match. There is no real trick to getting around Phase 1, hit P03 hard and sacrifice his low-level stuff that comes into your field.

Phase 2 is where things get dicey — P03 will snapshot the card on the field with the highest stats, then fill his side of the board with copies of that card. In essence, you want to mitigate that as much as possible by perhaps sacrificing your big cards at the end of Phase 1 to avoid a bad situation.