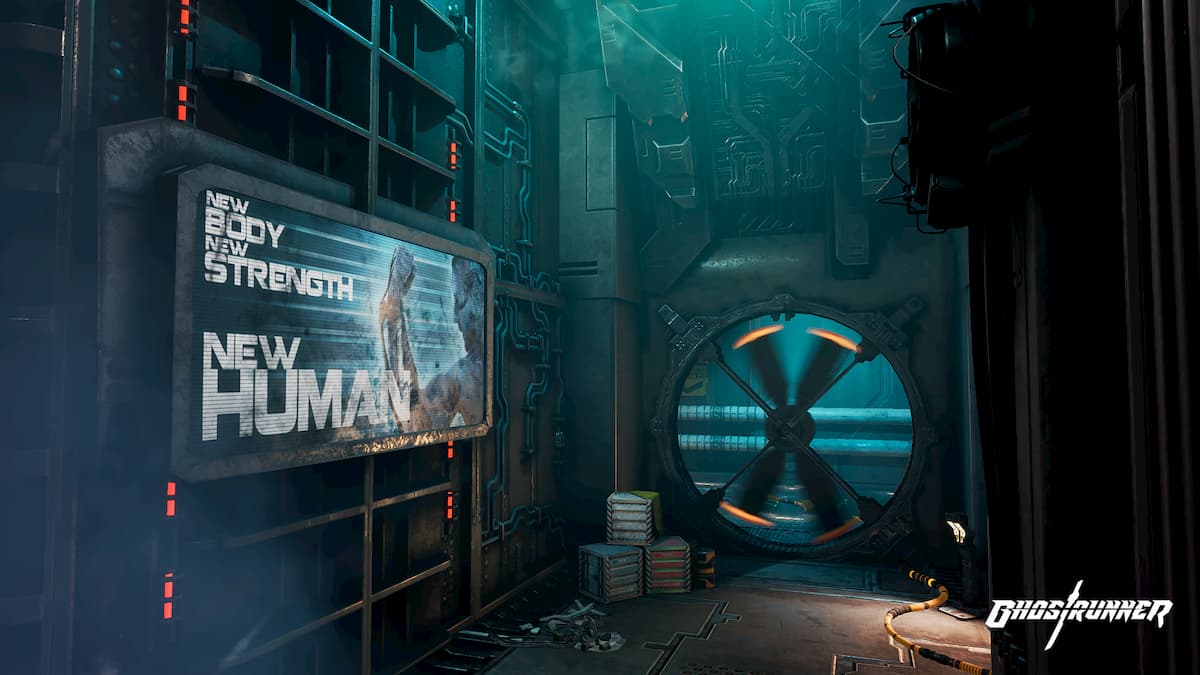 The fight against the Architect takes place at The Monster level. As far as the boss fight itself is concerned, it is pretty straightforward. However, reaching the Architect is quite tricky. It is undoubtedly the most challenging platforming sections of Ghostrunner. All the mechanics and elements introduced in the game so far are used pretty much perfectly in this level, and the difficulty is ramped up significantly.

You need to be pretty precise with your jumps here, as a slight mistiming can make you fall off the wall. Make good use of the dash ability, and you should get past this section. We recommend having Dash: Extra Charge and Dash: Extra Charge III abilities equipped to make the sections quite easier for you. While you have unlimited Dash charges while jumping from wall to wall, having Extra Charge can help gain momentum before a jump.

The next section involves a series of moving platforms; however, many red orbs are coming towards you, which can kill you if you touch them. This is the segment that almost gets impossible to get past without having Extra Charges equipped. If you have three Dash charges, this should be significantly easier. Towards the end of the moving platforms, you will see two orange boosters on either side. Hop onto either of the two to proceed to the next section.

The next segment is quite similar to what it is present in the earlier part of the level. Jump on the orange boosters and hop from one wall to the other until you reach a grappling hook. Grapple onto it, jump on to the orange booster, and the next booster from there. As usual, dashing on time is the key here.

After that, you will encounter a series of alternate walls with red orbs. This takes a bit of time to get the hang of, but you need to be very patient with your jumps here. We recommend starting from the right-hand side and then jumping alternately towards the booster at the end. You have unlimited Dash charges in this section, so you can Dash as much as you can.

You will encounter another series of red orbs in the next part; however, this time, they are significantly bigger and cover almost the entire screen. Once again, Extra charges play a key role here since you don’t have unlimited charges in this segment. There is another booster at the end, and from there, you encounter another series of alternate walls. This can be a bit annoying since the Ghostrunner tends to fall off walls quite a lot in this part. Make sure you have some upward momentum to prevent that.

After that, the red orbs return once again, but this time, it comes quite faster, and there is a bit of platforming involved as well. Just using Dash won’t get you past this level, so you need to use wall-running a bit as well. Unlike the previous sections, playing slower is the key here since you can easily get overwhelmed by the orbs. Once you get past this segment, a short cutscene will play, and the Ghostrunner will kill the Architect.