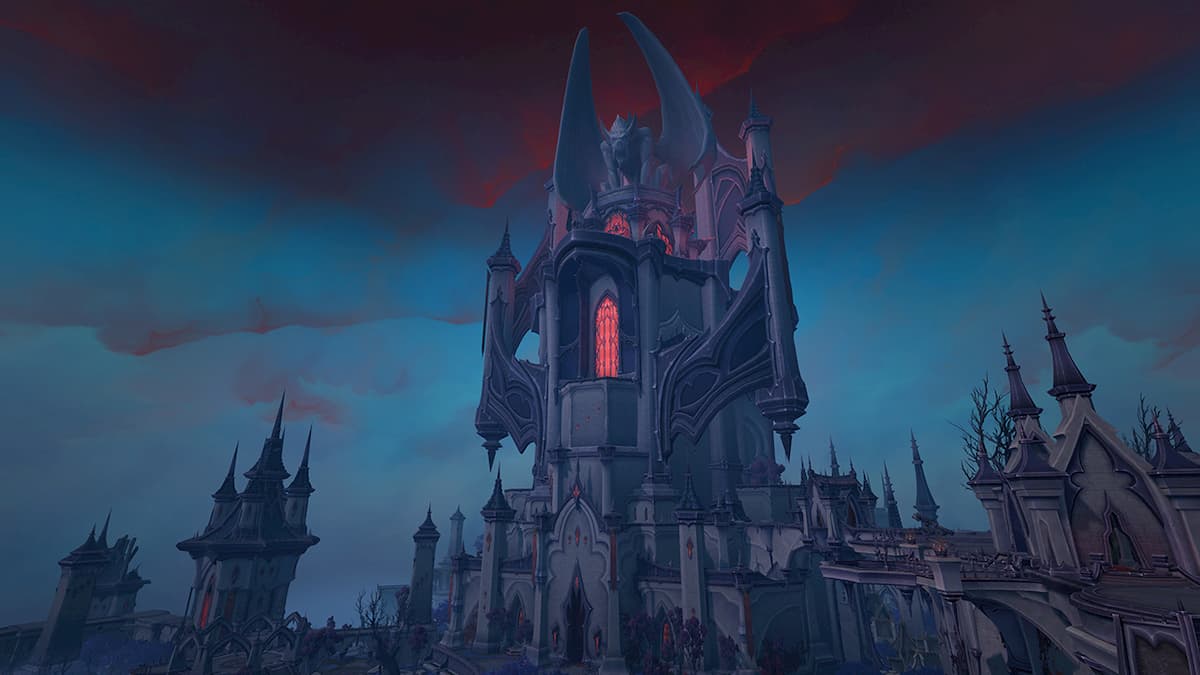 You’re looking at four boss fights once you get inside the Halls of Atonement in World of Warcraft: Shadowlands. Suit up, get your dots ready, and let’s take them down.

Halkias requires you to keep your party together at all times. If you stary outside the red circle that gives the Light of Atonement, the Sinlight Visions from Halkias will cause Fear and send your party members running.

You should look out for the debris Halkias throws at you, which creates Glass Shards when they land on the ground. Make sure the tank keeps your party’s movements slow to stop any potential fear.

When four Glass Shards are on the floor, Halkias will send Refracted Sunlight through four beams in different directions. They will rotate, but these beams can change direction. Use your tank to divert Halkias away from any glass shards on the floor, giving the rest of your party the opportunity to dodge and deal damage.

Echelon is no joke. If anyone in your party has Bloodlust, take advantage of it.

This boss will summon a pack of 6 Undying Stonefiends, all of which can run in and cast Villainous Bolt. You can interrupt this cast, and when their mana is depleted, they will rush in and attack your party.

At times, Echelon will also cast Blood Torrent, which opens up a massive pool of red on the floor. This can cause severe damage if you linger, and to complicate things, it stays on the ground for 75 seconds. Try not to overlap the location of a petrified Unyielding Stonefiend and the pool from Blood Torrent. Stay safe and you’ll put Echelon away.

High Adjudicator Aleez almost feels like a reward for surviving the torrent of stonings from Echelon. Aleez doesn’t have much to speak of, other than Bolt of Power or Volley of Power; you can interrupt both of these, and avoid the swirling puddles of red on the floor that come from Anima Fountain (no, you can’t get free Anima from these by standing in them).

Don’t ignore the Ghastly Parishioner. It will fix to a random target, and the unlucky member of your party should drag this mob to one of the jars in the corners of the map.

Lord Chamberlain has three abilities to watch for at the beginning of the fight. Stigma of Pride directly targets the tank, so your healer should be on alert during this, along with any cooldowns your tank has available. Unleashed Suffering shows a cone that you can dodge, and Telekinetic Toss will volley a statue in the direction of a red line that appears.

When you get Lord Chamberlain down to 70% health, get ready for a three-part combo. Telekinetic Onslaught will pull all the statues in his direction, potentially causing melee DPS some serious damage if they’re in range. Telekinetic Repulsion immediately follows, shoving the statues away in the opposite direction. Chamberlain finishes with Ritual of Woe, where each statue will be targeted with a beam. Everyone other than the healer should pick a statue to stand in front of, absorbing the blow, and turning AoE damage into single player damage. Healers will immediately need to get to work after this combo is over, and Chamberlain will unleash the same combo once more when you get him down to 40% health.