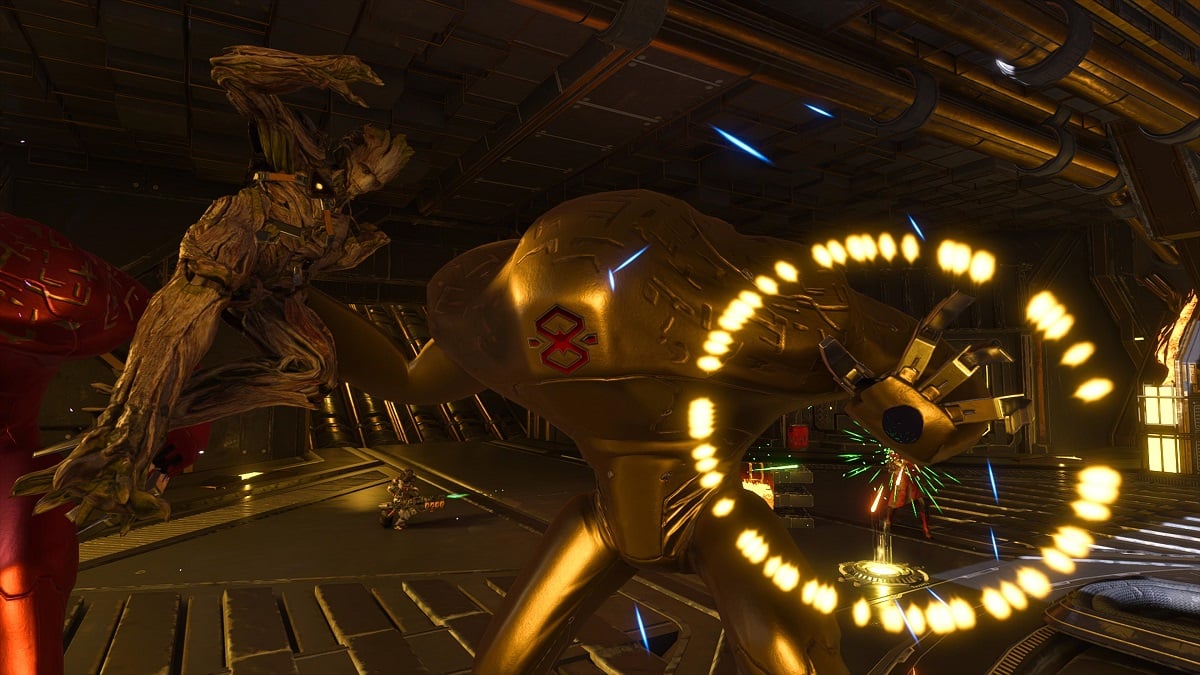 Robots can be scary, and the Inquisitor in Marvel’s Guardians of the Galaxy takes the cake. These enemies can overwhelm Starlord and the crew with their devastating laser and giant hands. Thankfully, there’s a way to take them out fairly quickly.

The Inquisitor is a recurring enemy type throughout the second half of the game. Its big metal frame is hard to take out in a short amount of time, and you’ll likely be frustrated once you come across one. Shortly before meeting the Inquisitor, Starlord learns how to use electrical shots to turn on panels in the game world. You can also utilize this ability in battle as well. When against the Inquisitor, try to fry its circuits with Starlord’s energizing ability to initiate a quick time event.

There is a bar above the Inquisitor’s head that is white. While you use Starlord’s electrical powers, the meter will start to fill up. There is only a certain amount of electrical shots you can send before hitting a reset timer. Once the Inquisitor’s stamina is downed, the Inquisitor will fall to the ground and you’ll have a few seconds to press the triangle button (or Y on Xbox). The prompt should appear above the robot’s noggin. This will let the Guardians decapitate the arm from the robot being.

While you are sending electrical shots towards the Inquisitor, make use of your fellow Guardians’ abilities. Gamora’s Deadly Strike and Rocket’s Cluster Flark Bomb are key to use, despite their low cost. You can also keep the Inquisitor at bay with Groot’s Entangle.

While all this is happening, make sure to avoid the Inquisitor’s laser attacks. When you see the robot’s eye turning red, get ready to dodge with the circle button (B on Xbox).

To make this battle even easier, use the Knockdown Dash perk to quickly get out of close combat and upgrade Starlord’s health and shields.