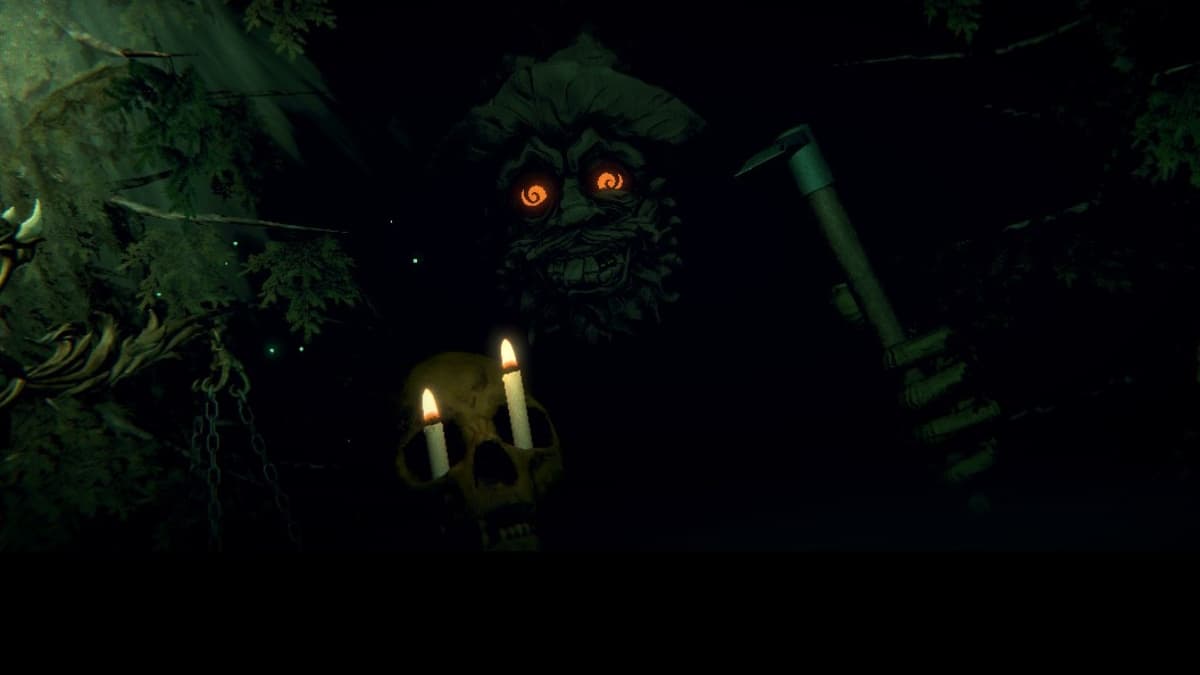 After becoming accustomed to Inscyrption’s roguelike deck-building mechanics, you will eventually come up against your first boss, the Prospector. This gold-loving fellow can prove to be quite tricky if you don’t know what to expect, but once you’re familiar with the slight tweaks he brings to the usual gameplay, you shouldn’t have any problems beating him.

It’s also worth remembering that bosses, unsurprisingly, will require a little more effort to defeat than the standard encounters you’ve had in the game previously. You see, once you’ve completely weighed down their side of the scales — which is Inscryption’s version of hitting zero HP — they will merely lose one life, meaning you will have to beat them once again.

It’s essentially split into two phases. The scales will reset, and the duel will continue with a few changes. However, whilst the Prospector benefits from having two lives, you do not. Even if you manage to navigate through the map’s numerous encounters without losing a battle, the mysterious figure across the table will blow out the second candle that represents your lives, leaving you with no room for error. It is a challenge, after all.

The Prospector’s first phase is pretty straightforward. He doesn’t play any cards that you won’t recognize, with one exception, the Pack Mule. It is an offensively harmless card with zero attack and four health. You’ll also notice that it’s much taller than the other cards on the board because it is effectively a mini pack of cards that will become yours once you kill it.

At this stage of the game, your deck will be small, and though it’s possible to beat the Prospector without the boon the Pack Mule provides, it’s much easier if you obtain it. That means you will want to focus on whittling down its health throughout the first phase, though don’t stress about killing it as fast as possible. It’s okay to finish it off in the second phase.

The Pack Mule can be hard to pin down since it moves in the direction indicated on the card once per turn, so make sure you don’t trap it on one side of the board against one of your own creatures that have 0 attack. If you do, you might find yourself lacking cards in the second phase. Beyond that, play the game as you otherwise would with one caveat. Try to avoid playing your best cards to avoid losing them when the second phase starts.

At the start of the second phase, the Prospector will raise his pickaxe and hit every card on your side of the field, turning them into a Gold Nugget with zero attack and two health. This is why you want to hold onto a few of your very best cards if possible, as you may struggle without them. However, if you’ve severely damaged or defeated the Pack Mule at this point, you’re in a good spot.

From here, you will need to wait for the Prospector’s creatures to destroy the gold he created on your side of the field before playing your own cards. Focus on finishing the Pack Mule if you haven’t already, and then play the rest of the game normally. The Prospector doesn’t have any more surprises, so you should easily beat him. The next boss you’ll come across is the Angler, and if he gives you any problems, we’ll be on hand to guide you through that battle.