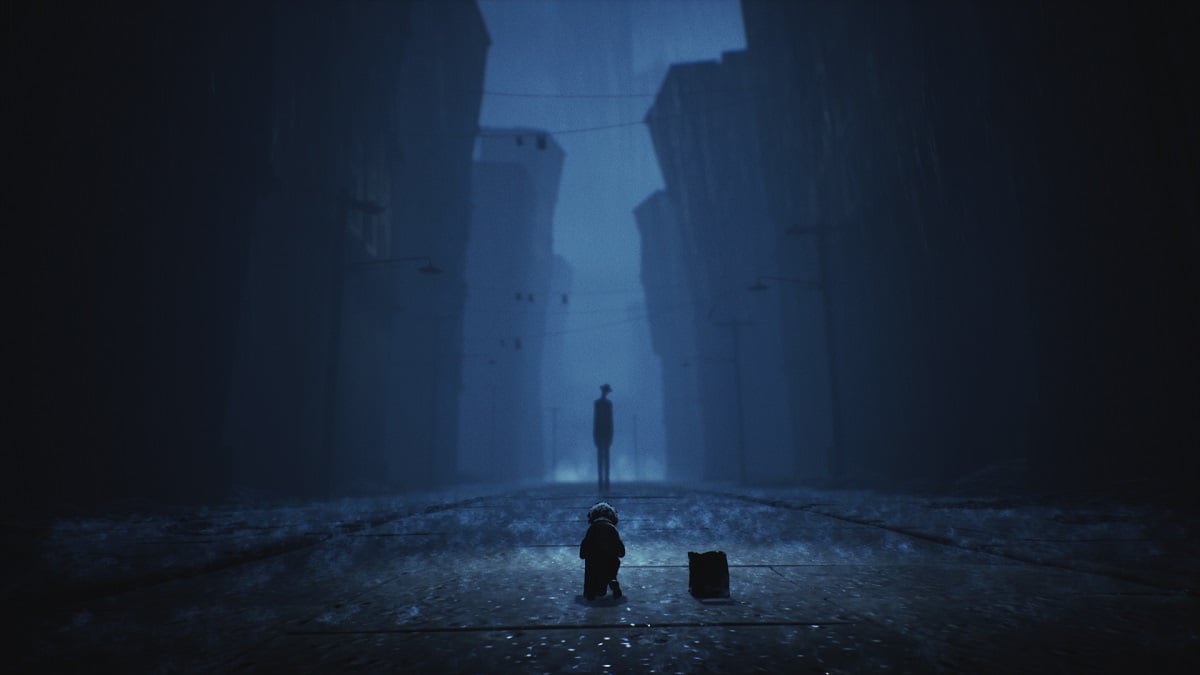 Little Nightmares II is full of enemies who want to kill you, and there isn’t a more creepy foe than the Thin Man. He appears in chapter four, and he captures Six early on after you inadvertently let him out of his prison. He occasionally chases you as you try and find a way to rescue Six too, but you get your chance to deal out some punishment of your own at the end of the level.

There are big story spoilers from this point on, so turn back if you haven’t completed the train chase sequence.

After you escape the subway area via a sewer, the Thin Man tracks you down outside. Mono removes the paper bag he has been wearing and, shockingly, uses some extremely strong telekinetic powers to force the Thin Man back. This is where the small boss battle begins.

The Thin Man will try to push through your force field barrier and snatch you. If he succeeds, it is game over. However, you must defeat him to progress to the signal tower, and you will apply the same method that you have used on the TV sets throughout the game to do so.

As he approaches, swivel your left thumbstick around until the Thin Man starts to turn white and the screen begins to warp. You will feel a slight rumble in your controller if you have your stick pushed in the right direction. Press and hold that direction as the rumble grows stronger and, after a few seconds, you will push him back and deal damage to him. Repeat that step a couple more times to activate a brief cutscene.

The Thin Man will begin to approach again. Repeat the process again to deal more damage and push him further away. After another brief cutscene, he will try one more time to ensnare you. Repeat the steps one final time, with an extra couple of thumbstick swivels thrown in, and you will beat him.