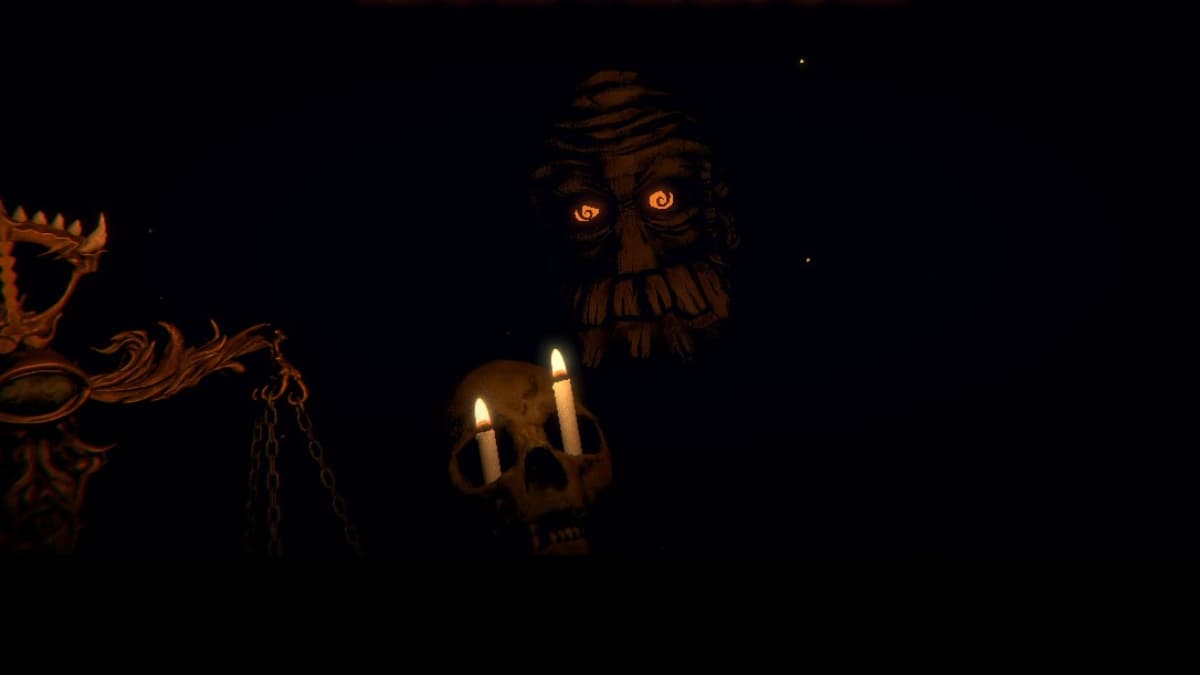 Now that beating the Angler and the Prospector every run has become second nature, the next boss you will need to defeat is the Trapper. You have likely come across him while traveling through the map, stopping by to trade pelts for cards. However, now the Trapper wants to add you to his collection. We’re not going to allow that.

Preparing for the fight

As we covered in our Angler guide, make sure you have exhaustively searched the cabin since it hides a variety of trinkets that will make each run significantly easier. Ideally, you will have completed the sliding and cuckoo clock puzzles to unlock the squirrel totem topper and have created some powerful Death Cards after a few failed runs.

As you work your way through the map, stop at every Woodcarver you can until you find a totem bottom with the Hoarder sigil. This will provide unrivaled draw power. Aside from that, you will want to add to your deck and choose a low-cost card or two to invest in, preferably a strong Death Card. That means stopping at Sacrificial Altars and Campfires to boost the card’s strength. If RNG aligns correctly, you can draw your overpowered card on turn one and use it to defeat any non-boss encounter instantly.

Much like Act 1’s previous two bosses, the Trapper has two different phases that feed into one another. The match starts with numerous cards already placed on your opponent’s side of the board. They will have a mixture of Strange Frogs and Steel Traps.

The former is a one attack, two health creature with the Airborne sigil, which can hop over your cards and deal direct damage. If you kill one of them, they will become a Steel Trap. This card has zero attack and only one health. However, if you destroy one, it will immediately kill your card in return and place a pelt in your hand.

With that information, you might assume that it’s better to avoid attacking the Steel Traps. However, it is worth destroying as many of them as possible in preparation for the second phase. But, don’t focus so much on destroying the Steel Traps that you neglect to defend your overall health from the Strange Frogs and other cards the Trapper might play. Over time, that damage will add up. So, make sure you’re looking to attack directly whenever possible to trigger the second phase, but try to keep your most powerful cards in reserve.

Once you’ve dealt enough damage to start the second stage, you will trade the pelts you’ve gathered so far. The Trapper will offer you a variety of creatures in exchange, and you can keep taking them until you have traded all of your pelts. The catch is, whatever cards are left will remain in play on the Trapper’s side of the board.

The strategy here is deciding which creatures to leave on the board. You will want to leave the lesser cards in play, but it’s also worth considering where they are placed. The cards will stay in the positions they appear, so if you can clear a row or two and swiftly deal five direct damage, you don’t need to consider what the other creatures are. If you can’t, then mitigate as much damage as possible whilst slowly building up your own.

It might take a few attempts to find the balance between attacking Steel Traps and directly, but eventually, you will defeat the Trapper. Now that you have mastered the Snow Line, you will move on to the final area, the cabin itself, for a showdown with Leshy.