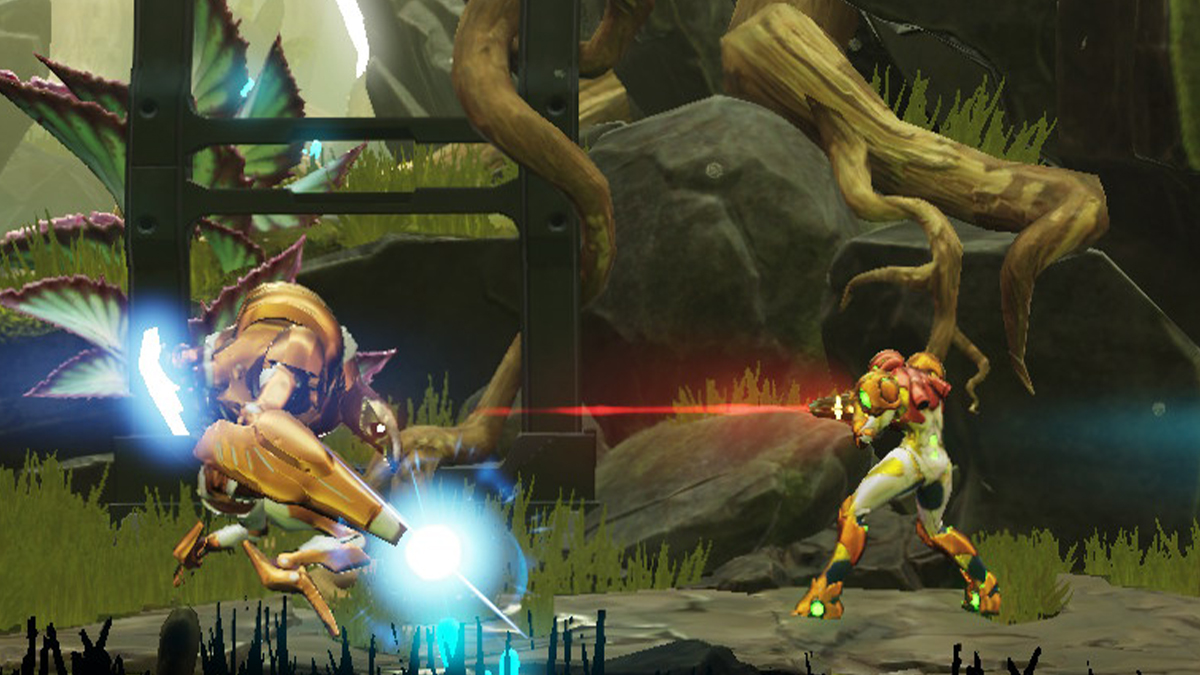 Robot Chozo Soldiers are challenging mini-bosses on their own, but fighting two of them at once is even more difficult. The first time you fight a single robot is when you visit Ferenia. However, you’ll eventually encounter a pair of them after gaining access to Storm Missiles, and they’ll be your best bet on dismantling the twins.

The Robot Chozo Soldiers are fast, nimble, and agile. They are as swift as Samus and jump around often, but they do have slight giveaways that let you know their next move. What makes the Twin Robot Chozo Soldier fights particularly difficult is their speed and unpredictability. Keeping track of one of them is a challenge but the second adds a new layer of difficulty to the battle.

The fight begins as soon as Samus enters their large room. There is no cutscene so you may be thrown off a bit. It is one of the largest boss rooms in Metroid Dread so you have a lot of space to work with, which we recommend using all of. There are multiple platforms to jump on, each at various heights, so take advantage of them and stay on the move. The Chozo Soldiers will follow Samus around and attempt to box her in by flanking her. Jump over them and use the Flash Shift ability to quickly get out of range.

They both fire a three-shot burst, a charge beam attack, and have two melee attacks. One triggers Samus’ parry ability, while the red melee attack is unblockable. Jump over it and keep running away from them. Successfully parrying the attack causes the soldier to freeze for a few seconds and drop Energy and Missiles. Use this time to either run away or fire a few Missiles at it. Keep in mind that the other one will not be far behind. They are both damaged by the Charge Beam and Missiles, but Samus’ new Storm Missile is what you’ll want to focus on. While you charge up the shot, run around the map until you lock onto both soldiers. Keep this up until the silver one self-destructs then it’s just a waiting game for the gold one.

It may not look like the Storm Missile is hurting them, but it is. It’s best to go into the fight with plenty of Missiles at your disposal. Storm Missile uses three missiles at a time so you can run out of them quickly if you’re not prepared.