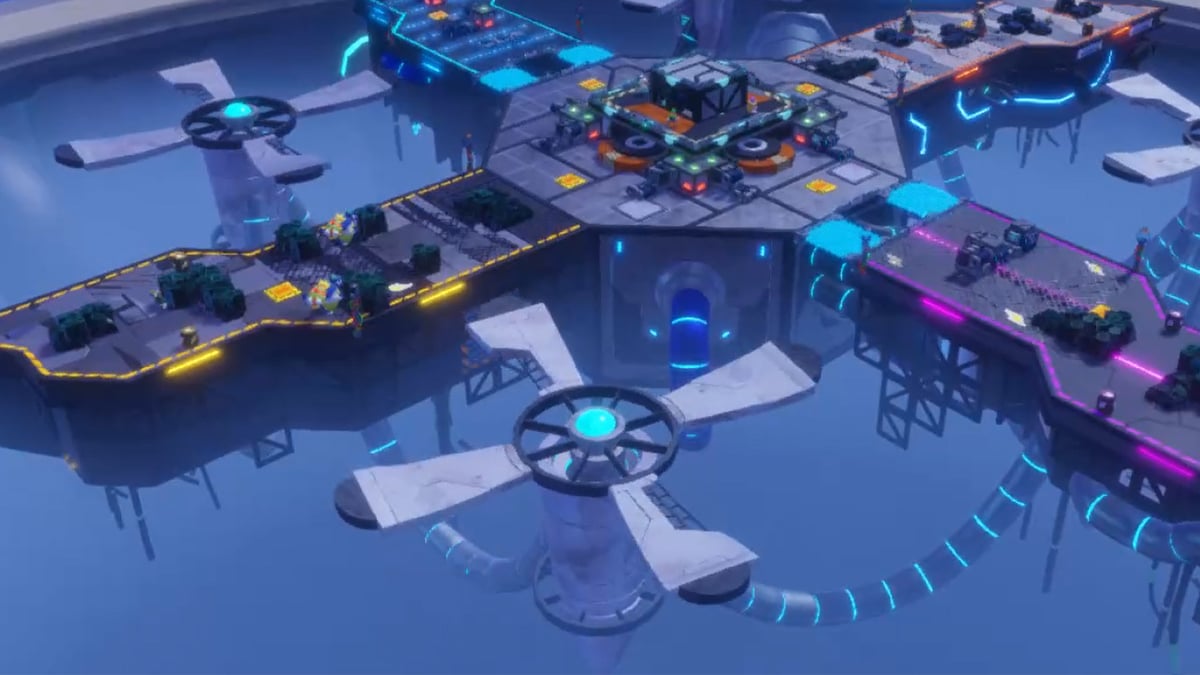 Every planet in Mario + Rabbids: Sparks of Hope has a difficult Darkmess challenge to overcome. As you explore the fifth world, Barrendale Mesa, you’ll hear all sorts of warnings about the windmill and the Darkmess tentacle attacking it. But rather than battling the tentacle itself, the encounter has you defending the windmill from invading enemies. Here’s how to protect the Turning Mechanism and save Barrendale Mesa.

Related: How to beat the Terra Flora Darkmess Dam in Mario + Rabbids: Sparks of Hope

How to defend the Turning Mechanisms

First things first, you need to understand how this battle works. There are four mechanisms around the central platform, each of which has three pips of HP. Any attack from an enemy, no matter how strong, takes away one point of HP from the mechanism struck. As long as a single mechanism is left standing at the end of eight rounds, you’ll win. That means you can lose three mechanisms and have just a sliver left on the last one, but as long as it holds through the final round, you’re good to go. Obviously, you don’t want things to get that down to the wire, but you should go into this battle expecting to lose at least one or two mechanisms.

As for defending them, having Rabbid Rosalina or an ice Spark in your inventory is a must. Her Ennui ability and the frostbite effect can pin enemies down, and you have four different lanes to defend here. Short-range Fowl enemies appear on two lanes, and long-range attacks spawn on the others. Having a ranged party member of your own is also required, as you can pick off enemies at a distance. Since the larger melee enemies take longer to reach the danger zone, you can keep your ranged fighter trained on the others. You can also shoot the poles on either side of the lanes to activate the electric floors in a lane, which will zap anyone standing on them. This is a good way to deal damage to a group if you don’t have a clear priority target.

From there, it’s a matter of simply holding out for eight rounds. Note that long-range enemies will appear on every lane in the last two rounds, so be ready to hunker down around your last remaining mechanisms or two when that happens. The more you can thin the herd before that time, the better. Stay vigilant, focus on anyone who gets too close, and you’ll make it through this tough encounter.