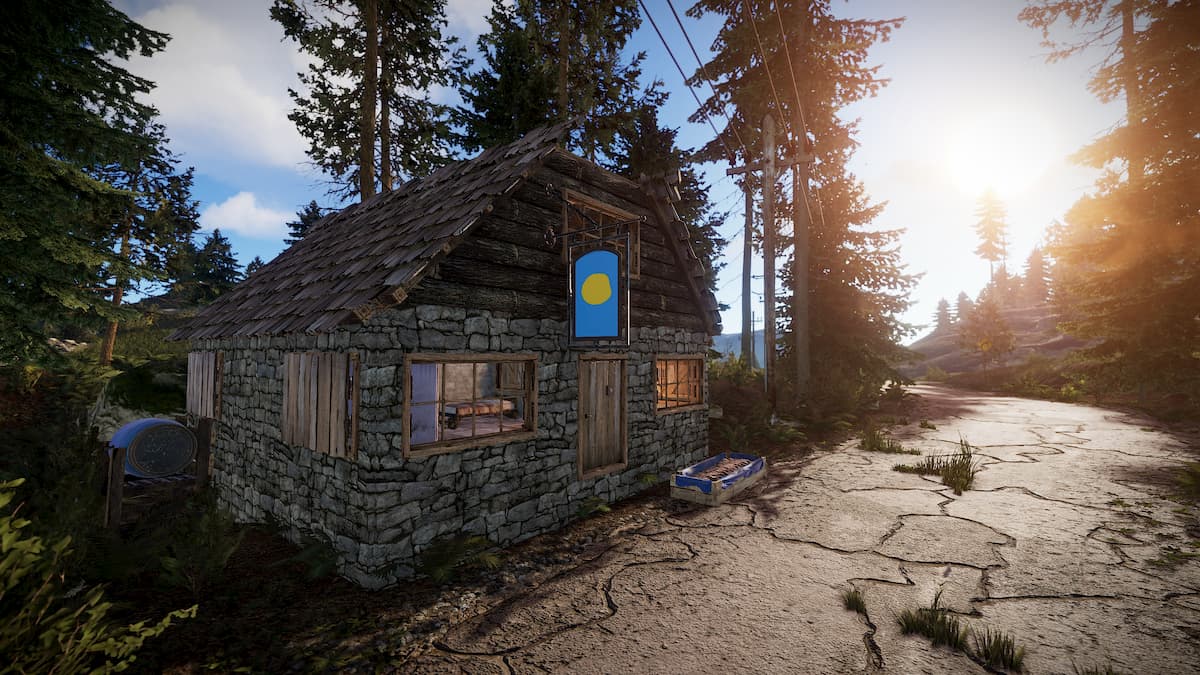 You don’t have many options in Rust when it comes to removing or demolishing any walls you place down. If you put down a wall you mistakenly placed within a certain frame, usually a few minutes after it goes down, you can interact with it to remove it. Other times, unfortunately, it’s there for good, and you don’t have any quick options to dismantle them. When you’re stuck like this, you have a few ways to remove them from your house or placement and try again.

Usually, if you’re on an official server, there’s no basic method to remove or demolish walls. A server created by a group of friends can have the option of including a mod, such as the hammer time one.

A good, straightforward way to remove a wall that you’ve incorrectly placed down is to upgrade it to a higher quality version, such as making it a sheet metal wall. You can do that using a hammer tool.

Once you’ve done that, remove any sheet metal resources from your tool cupboard so that it doesn’t repair itself. Over time, the sheet metal wall will decay, and then it’ll go away. When it goes away, you can continue your house construction project. You normally want to be online while this is happening because if you leave this section open for anyone to access your home, it would normally have a lock on it.

Rust has been around since 2013, and with no direct tool to demolish or remove a wall, players have had to be creative since the start. You want to be careful when creating a base and developing the walls, but overall, you don’t want to become too attached to your base. Most of the time, after you’ve logged out, your base will probably be destroyed by another player, depending on what server you jump on. If you’re on a private server with a bunch of friends, then you might be lucky enough to keep a base longer than a day or two.