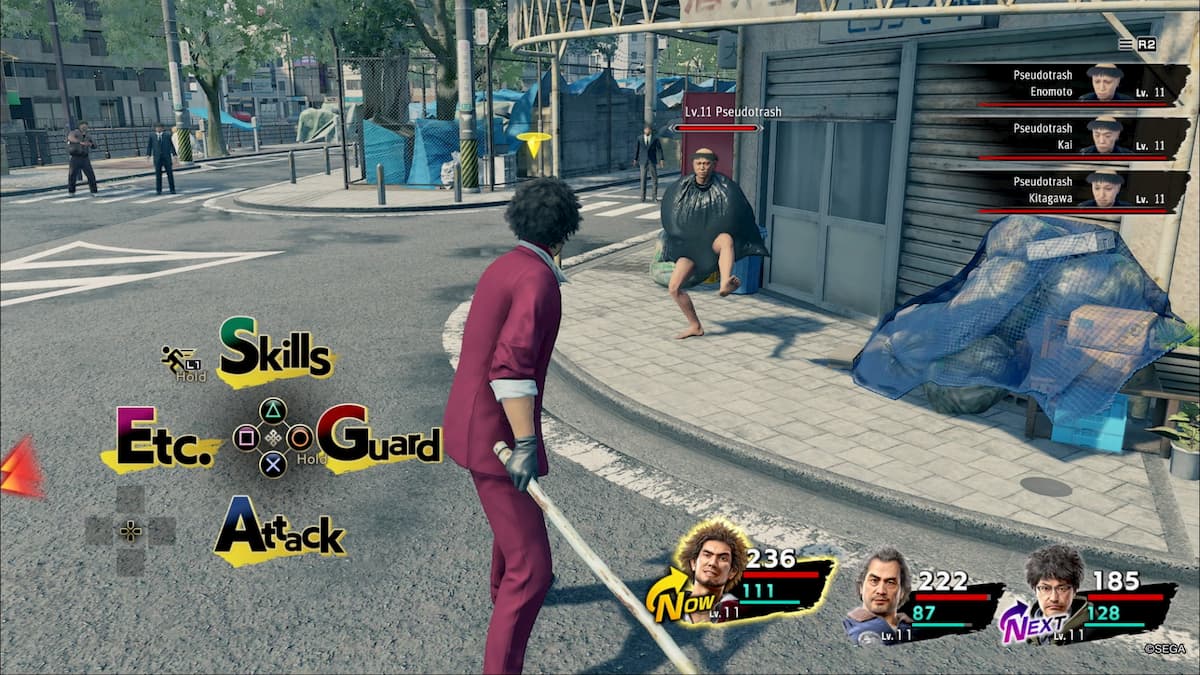 Combat is vastly different in Yakuza: Like a Dragon compared to the other Yakuza games. It’s an RPG system that’s pretending to be a fighting brawler game, much like the others, but everyone has a turn order, and they only have one turn to use a skill, an attack, defend themselves, or use an item. When your opponents have a turn to attack you, you have the chance to perform a perfect guard against their attack if you time it correctly. Hitting the correct timing can be tricky.

You can only perform a perfect guard against an opponent’s attack. You’ll see them rush at any of the characters in your party, stand in front of them, and then wind up their attack. The default button to guard is the Circle button on your PlayStation controller. If you click it too late or too soon, the attack goes through, and the character you’re playing takes the full hit.

To effectively trigger a perfect guard, you want to click the button right as the attack comes in. The correct timing will vary on each opponent. For example, the attackers with only fists raise their hands right before their swing. Clicking the circle button when they have their arm up is a good time to strike. When battling an opponent with a weapon, their arm’s swing varies slightly and is a bit quicker, so make sure you click the guard button fast enough to defend against it. Some enemies do various combos, so you may need to switch your strategy to deflect the blow properly.