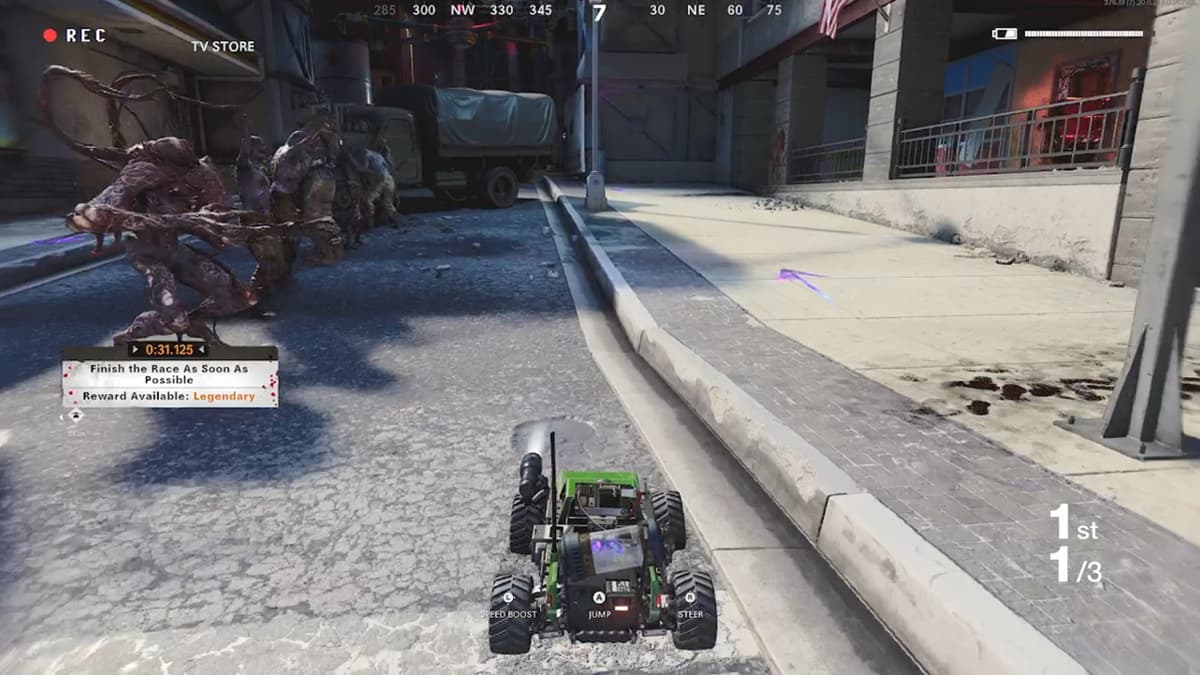 Treyarch is no stranger to placing fun, off-the-wall Easter eggs in their video games, especially when it comes to Call of Duty Zombies. In Call of Duty: Black Ops Cold War’s final Zombies map, Forsaken, a fun little Easter egg turns the horde survival mode into a quick RC car race around one of the level’s areas. Here is how to do it.

Before you can do this Easter egg, you will need to have PhD Slider, an Arcade Token, and preferably a Decoy. PhD Slider can be bought either in the Observation Tower or in the Bunker. The Arcade Token is dropped by enemies while in Anytown East, and Decoys are randomly dropped from enemies, or you can make one at a Crafting Table.

When you have all of the needed items, go to the second floor in the Bar in Anytown East. There is an arcade machine here without any name. Throw your Decoy at the ground directly in front of the machine. When a zombie is in front of it, slide into them to blast them away with PhD Slider. You will notice a purple glow go from the zombie into the machine, and it will turn on. Now, you need to insert an Arcade Token into it, and you can begin the racing mini-game.

Upon starting the game, you will be teleported to the TV Store and controlling an ARC-XD. If there are multiple people in your game, you will be racing against them. Outside will be a ton of enemies, but don’t worry, they must be racing fans because they are cheering you on instead of attacking. This is a three-lap racing course that goes to the Video Store, up onto the roof of that store, across the various rooftops, back onto the street, and to the TV Store again. If you ever get lost, just follow the purple arrows.

You will notice a time limit on your screen that denotes the rarity level your reward will be upon completing the three laps as quickly as possible. We finished with an Epic score and received tons of points and Rare Salvage, which is definitely worth the time. However, you can only do it once per game.