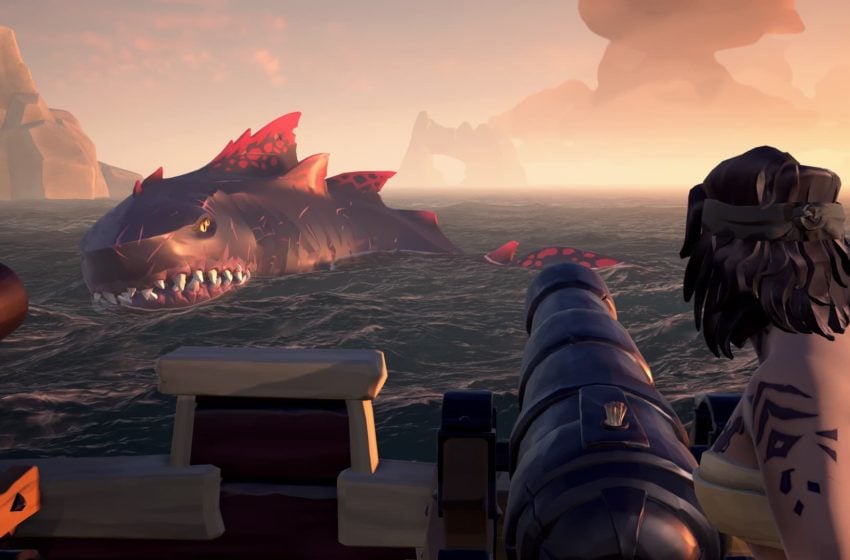 Starting on August 26, the Hunters of the Deep event begins in Sea of Thieves. Players will be collecting Shark Teeth tokens by completing activities in the game assigned by Merrick, whom you can find at Stephen’s Spoils. These activities all revolve around sharks. If players collect enough of these tokens, they can unlock the Shrouded Ghost ship set. These challenges will be available alongside the Summer of Sea of Thieves tasks you can complete throughout September.

These activities include reading one of Merrick’s three journals, harvesting shark meat to turn it into Hunter’s Call, dying to a shark to retrieve the blue flame of fate from the Ferry of the Damned, defeating the Megalodon. Taking down a Megalodon appears to be the best way for players to receive shark teeth tokens during the event. When you earn enough of these tokens, you can unlock the Shrouded Ghost sails, flag, ship hull, and figurehead to equip to your ship and modify its appearance for your voyage.

You have until September 8 to collect enough tokens to earn the full set. After that, it goes to the Pirate Emporium, which means you can only unlock the set using real-world money.