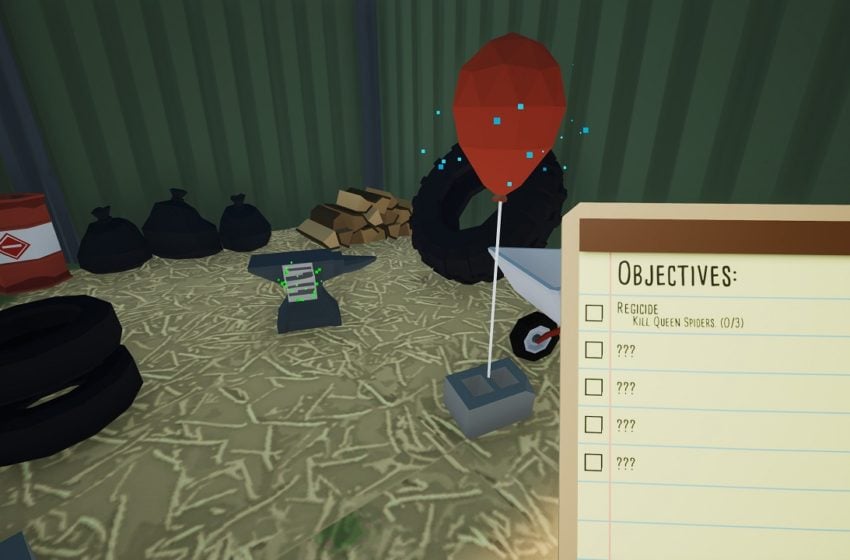 If Kill It With Fire is anything, it’s good-humored. There are plenty of fun references to other games and classic cartoons in the levels that fit with the simple yet colorful graphics, and plenty of weapons with which to dispatch of those eight-legged crawlers.

A great example of this is one of the objectives on the level Barnstormer, called The Ol’ Classic. Much like the trap you might expect on an episode of Tom & Jerry, the game asks you to kill a spider by dropping an anvil on top of it.

To help you with this, the game offers you a new weapon in the form of balloons that you can attach to objects and make them float in the air. It’s situated next to the anvil that you will be looking to use to drop on a spider.

To complete the achievement, attach two balloons to the anvil. This will give it enough flight to make it lift off the ground. Once in the air, you will need to use a cheese puff to entice a spider on the run to it. Simply spread a cheese puff directly underneath where the anvil will land, and then go spider hunting.

Once a nearby spider is spooked, it will be attracted to the cheese puff and start attempting to eat it. It’s here that you will want to pop the balloons hovering over the occupied spider. You can do this with any of the weapons that you have that won’t cause an explosion. An explosive may kill the spider before the anvil will land on it, so a pistol or the assault rifle is your best bet. Once the anvil lands, the objective should then confirm completion.