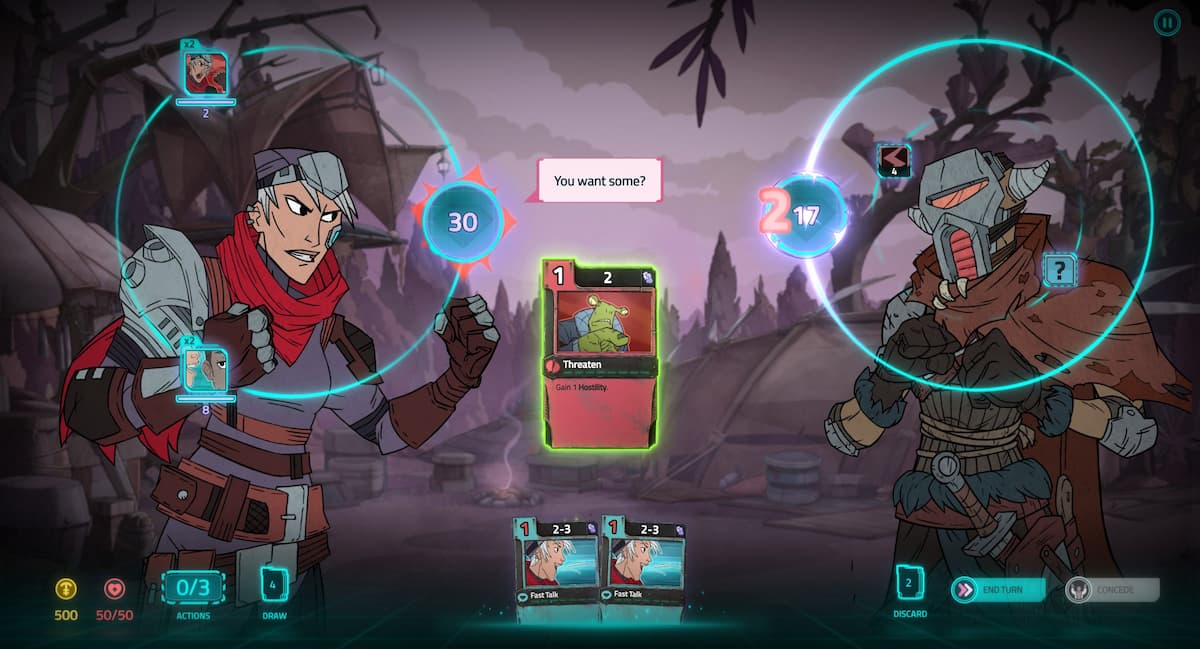 Klei Entertainment’s Griftlands is a roguelike deck-builder full of intricate systems. As with any roguelike title, your progress resets each time you die, meaning everything you earn during each attempt is gone. Everything except for Mettle, that is. Mettle is the way you permanently upgrade each character between runs. Unlocking everything on each character will take a lot of Mettle, so check out our guide below to find it quickly.

Before we talk about how to get Mettle, we should first note how you even unlock it in the first place. Once you make it to your first night in the story portion of the game, you’ll be forced into a “random event” that leads you to the Mettle Vendor. This vendor is available at night after you unlock them and provides a place to spend and buy Mettle, as well as a place to upgrade your Flourishes.

As you can see when you enter the Mettle menu, there is a ton to upgrade. You can improve everything from your base health and resolve to improving how quickly you gain Flourish XP in battles and negotiations. The Mettle Vendor will sell you some for a bit of cash, but that’s far from the best way to gain more Mettle.

The best way to get more Mettle is to complete quests and take on enemies. In particular, you can gain a bunch of it at once if you carefully select your quests. We recommend targeting quests with the most Mettle early on to build up your base. You probably aren’t beating the game on your first try, so farming Mettle makes the most sense. Not only does it make it easier to win later on, but it gives you a chance to learn more about the game under less pressure.

On top of seeking out quests, with Mettle rewards, we also recommend looking for tough fights. We’ve gotten quite a bit of experience from fighting boss characters. A good progression is to focus on quests until you’ve built up a few permanent upgrades and then try to push the story forward as much as possible to face those boss characters. In no time, you’ll have enough Mettle to become a real powerhouse Grifter.