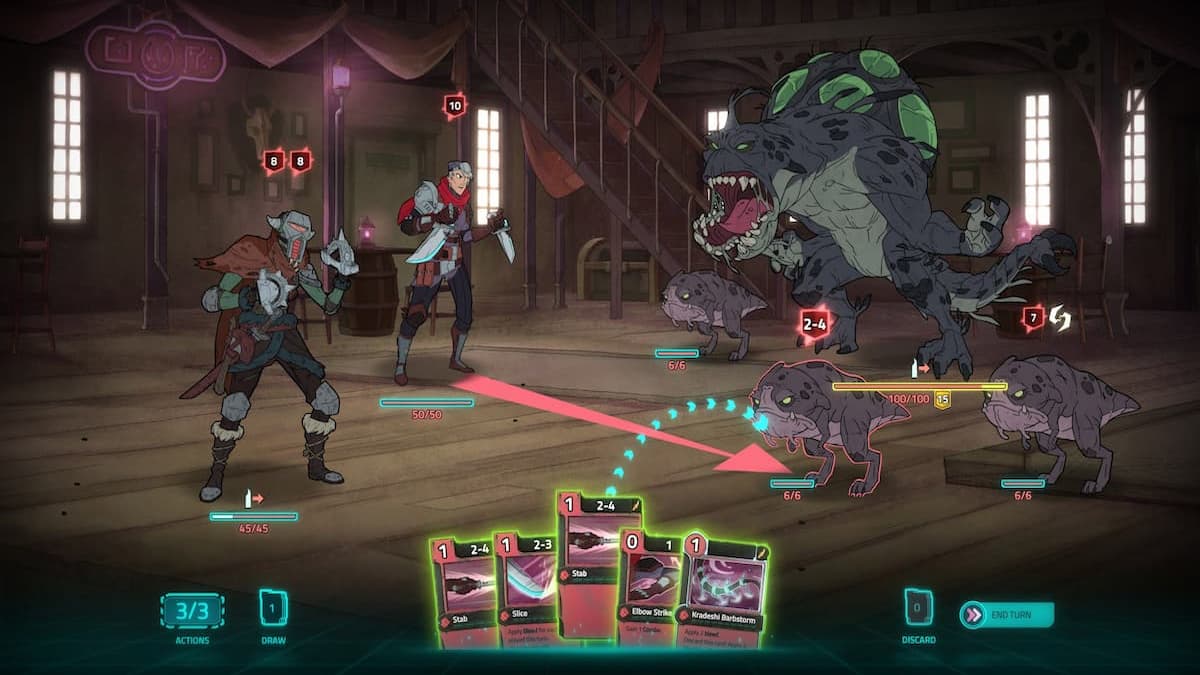 Griftlands is a game full of systems. The roguelike deck-builder not only gives you two decks to tinker with across three characters, but you’ll also need to manage relationships and permanent upgrades. For the most part, those permanent upgrades take the form of passive effects you earn through earning and spending Mettle. However, another way you can improve your character is by unlocking new Flourishes.

A Flourish in Griftlands is a massive attack that you can do in either battles or negotiations. Unlike the game’s normal card-based combat, you’ll need to build up this ability over the course of a run. Each time you play a card, deal damage, or take down your foes, you’ll gain points that go into your Flourish bar. Once you acquire 200 points, you can activate your Flourish and do some real damage.

You start the game with just two options, but if you go to the Mettle Vendor at night, you can unlock new ones using Prestige Points. The only way to unlock these points is to beat bosses at each Prestige level. So, if you take down one of the early mini-bosses on Prestige 1, you’ll need to upgrade to Prestige 2 to get points from them again. Of course, to move up a Prestige level, you have actually to beat the game on your current Prestige.

Each character has a total of eight different Flourishes you can unlock across battles and negotiations. You can also upgrade each of those once with more Prestige Points. These new Flourishes give you access to new abilities that can change the game in major ways. For example, one of the battle Flourishes you can purchase lets you deal 16 Bleed damage across all enemies. Using that against a boss can take down a ton of health quickly.

The best part about unlocking new Flourishes is that you don’t have to change them out in between runs. Once you unlock them, you have access to all of them each time you activate your Flourish. This means you don’t have to make your decision on which one you want to use until you’re in the thick of things. That extra versatility really comes in handy in the middle of a fight.