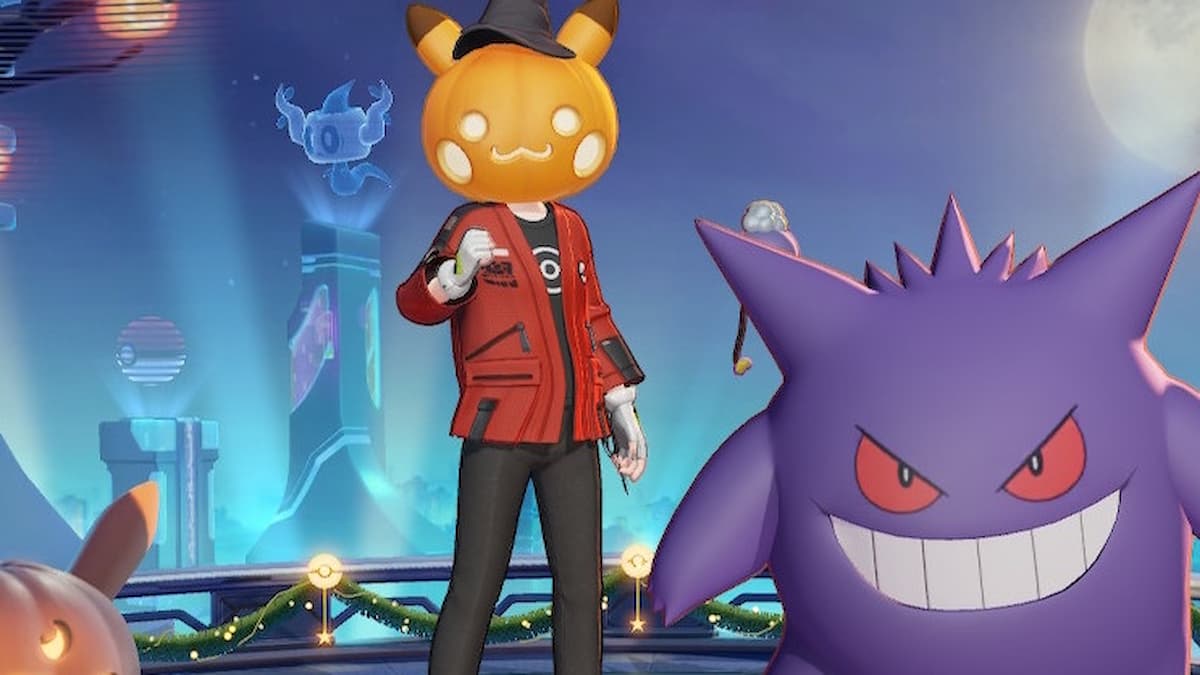 Pokémon Unite just launched its Halloween Festival, which runs from October 20th through November 7th. The Halloween event is the MOBA’s first major seasonal patch and offers a new gameplay mode, a new Pokémon, new clothing, new holowear, and other goodies. While the holowear and most of the new clothing—including the excellent pumpkin mask—is available in the Aeos Emporium, the rest of the rewards have to be unlocked with pumpkins.

While daily event bonuses are still ongoing, pumpkin-related events have now taken the first three slots of the Events menu. Some pumpkins can be earned simply by logging on every day, but most are unlocked by playing Halloween in Mer Stadium, which is the new setting for quick battles. The Mer Stadium-related pumpkin events refresh daily and reward tasks like simple participation, winning games, throwing pumpkins on Pokémon’s heads, and playing with friends.

Once you’ve gathered some pumpkins, you can go to the Pumpkin Exchange, which is also in the Events menu. Here, you can swap out your hard-earned pumpkins for certain rewards, each of which costs a specific number of pumpkins. Rewards include: a Greedent license; a “pointed hat,” ie a witch’s hat; a new snapshot frame, sticker, pose, and background; 1-Day Battle Point Boost Card; and a Pumpkin Box (which just gets you more pumpkins). Pokémon Unite’s official Twitter warned players that it will not be possible to earn every award, so pick carefully.