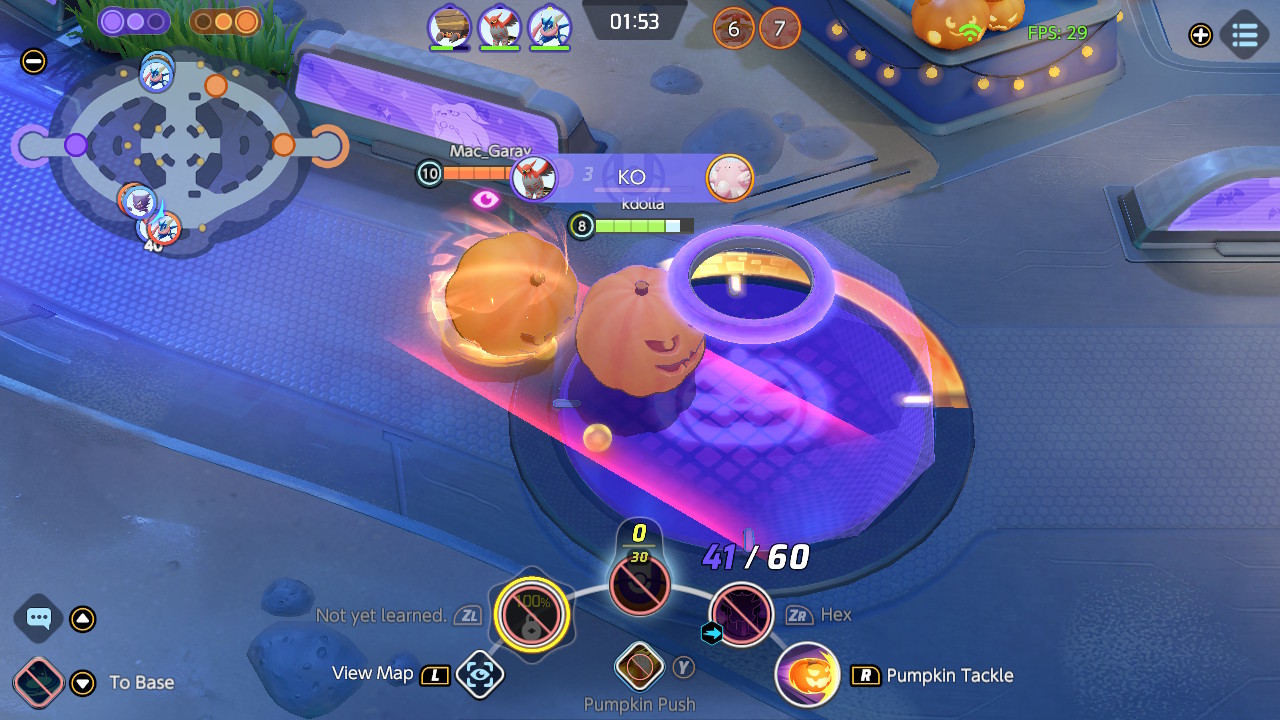 Pokémon Unite just unveiled its biggest patch since its launch: a Halloween Festival which will run from October 20 to November 7. In addition to the launch of a new Pokémon, Greedent, and several new Halloween-themed clothing and holowear, the Halloween Festival also includes a new method of playing the core game, which is available as a quick battle and involves throwing pumpkins onto Pokémon’s heads.

Quick battle now defaults to Halloween in Mer Stadium. When you select this Halloween gameplay mode, you will be automatically assigned an item: a pumpkin. This is instead of your usual battle item, so be sure to adjust your held items if you need to. With this new item in hand, every 10 seconds you can throw a pumpkin. You can target these throws by pressing and holding the item button, and then adjust your trajectory just like you would with a special attack. While you will hopefully hit opposing Pokémon with this attack, a wayward pumpkin could strike someone on your own team, so aim carefully.

If your pumpkin connects, the poor Pokémon on the receiving end will be completely covered, forcing them to awkwardly hop around. The shock of the sudden hindrance will also make that Pokémon drop all of its Aeos points. While this means Pumpkin Tossing can be a powerful tool to steal points from your enemies, remember that you can easily be turned into a pumpkin as well. In Halloween gameplay, it’s best to treat your points hyper-defensively and score goals whenever you can.

If your pumpkin connects with an opposing Pokémon, you can press the item button again immediately to enact “Pumpkin Push,” in which your Pokémon will shove this pumpkin away from them. Use this move to force Pokémon away from the points they drop, or to push them away from you as you run towards their goal.

Pumpkins can still take damage, but they can also still recover damage with Sitrus berries. A good use of your time as a pumpkin might be to hobble over to the nearest Sitrus berry and regain some health. But Pokémon Unite’s new pumpkin mechanic is meant to overall be chaotic. Just embrace the ridiculousness and insanity.