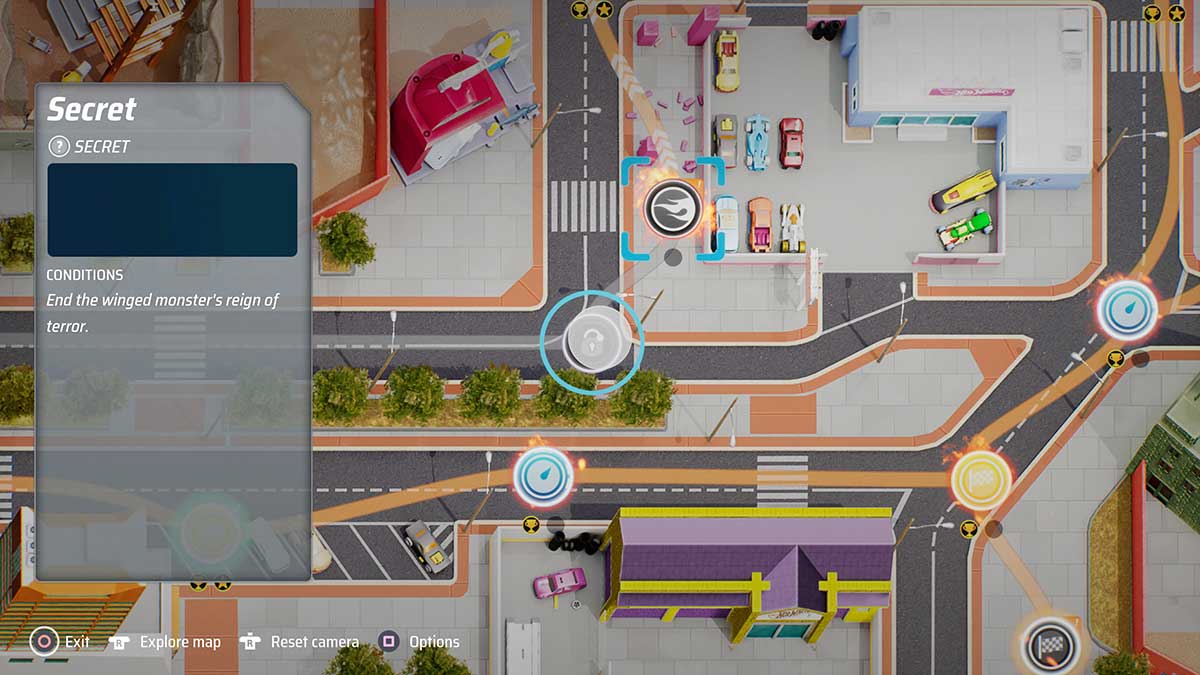 Hot Wheels Unleashed is full of Secrets to find and complete. Some have clear instructions on them, asking you to play a particular race with a specific car. However, others are much more obscure and require you to complete a task that you may not be able to work out until you’ve already done it. This guide will explain how to complete the Secret that asks you to end the winged monster’s reign of terror.

How to end the winged monster’s reign of terror

The Secret that asks you to end the winged monster’s reign of terror is almost at the top of the map in the game’s campaign. It’s a point at which most roads on the right-hand side lead to, near the Jurassic Terror Boss Race. This clue contains no hint of a car or a track and had us stumped for quite some time.

To solve the Secret and unlock the node, all you have to do is complete the Jurassic Terror Boss Race. The dinosaur that’s the star of this race is a terradactyl, the winged monster with a reign of terror over a track you’re trying to end. Beat the race once, and you’ll unlock the Secret node. After that, the node transforms into a time trial, which might be a blessing or a curse depending on how much you enjoy them.