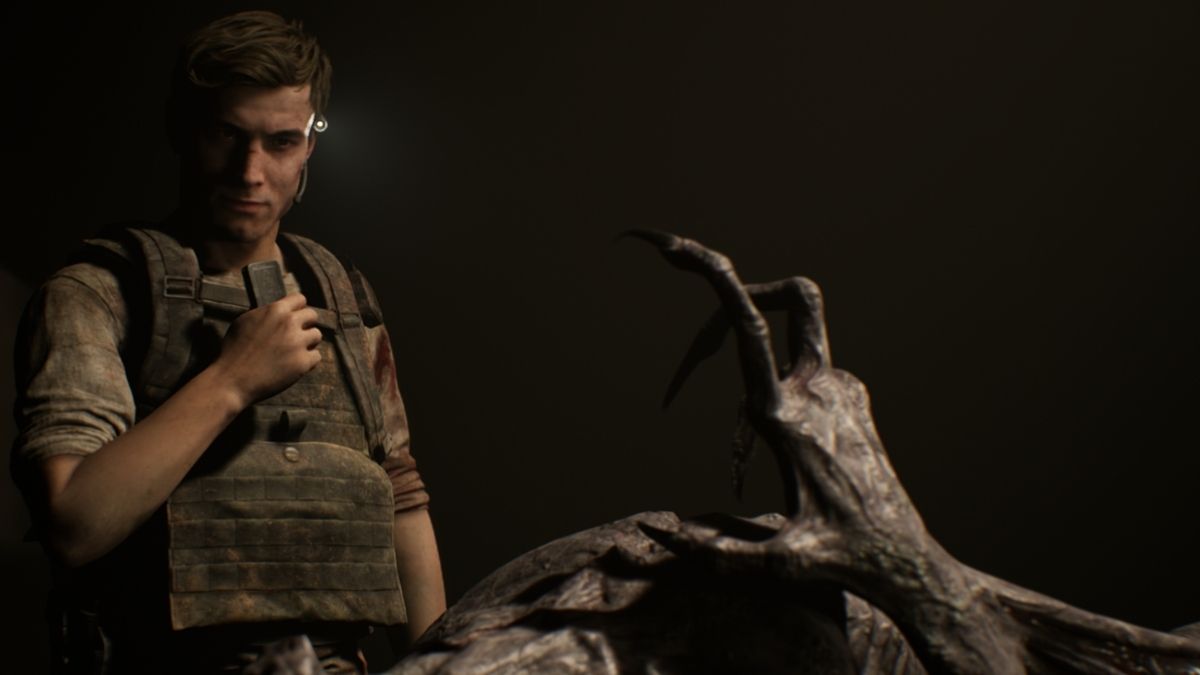 You sneak around the demon before Salim plunges his metal pipe into the creature’s heart. This action is vital in the story of The Dark Pictures Anthology: House of Ashes to ensure that Eric performs an autopsy and learns the creatures’ weaknesses. If this doesn’t happen, Rachel can’t be saved after becoming infected (except by cocooning her). Here’s how to make sure this scene plays out.

During the Raid chapter, the team will be under attack by a group of enemy soldiers. Before everything goes south, Jason will have a run-in with one of the shepherds. The shepherd will run away, and you get the opportunity to shoot them. Don’t. Shooting them will put Jason in a bad spot with Salim, who witnesses the event.

After Eric has the unfortunate realization that he needs to cut the rope and make Rachel drop into the chasm, Nick and Jason arrive on the scene with Merwin (if he is still alive). They all head into the temple when the power goes out. Nick and Jason make some repairs before going to check out a broken light. After the tripwire scene, you take control of Jason. When leaving the room, Eric will show up and say he is going with Nick. Be defiant and tell Eric that Jason will be going instead of him.

During the Slayer chapter, you will take control of Salim, trying to get back up the broken stairs. Check on the monster that got hit by the truck, and it will spring to life. It is important to succeed at all the QTEs here. Doing this will ensure that Salim ends up killing the creature with a metal rod.

Have Nick and Salim work together

Shortly after Salim gets his first kill, Nick will be separated from Jason. Salim will sneak up behind Nick and warn him that the creatures attack what they hear and that they must sneak around it. Succeed at all the QTEs to make sure that Nick and Salim make it to the other side. Afterward, they will proceed to kill the creature together. Tell Salim afterward that Nick’s friends won’t hurt him, and he will be taken back to the camp so the autopsy can be performed.